Genshin Impact v3.4 Special Program to Be Livestreamed on Friday 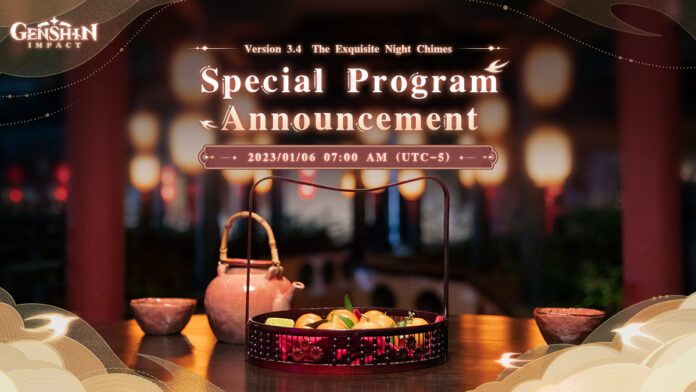 Hoyoverse has confirmed that their next ‘Special Program’ livestream, which will share confirmed specifics on the impending release of Genshin Impact v3.4, will be going live on Friday 6 January 2023 at 7.00AM (UTC-5).

The stream will be held exclusively via the official Genshin Impact Youtube Channel HERE, and will likely include the first official in-game looks at the newly playable characters Alhaitham and Yaoyao, the annual Lantern Rite festival, upcoming events, and the new chapter in Genshin Impact’s main scenario.

As always, expect three redemption codes to run during the livestream, providing viewers with access to a total of 300 Primogems and other goodies.

Available as both a free update for current owners and a dedicated release for...