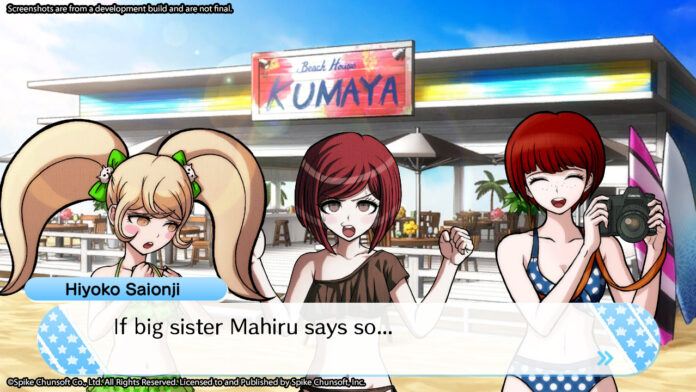 After being available on PlayStation and PC platforms for so many years, Spike Chunsoft are bringing their murder-mystery visual novel franchise Danganronpa to the Nintendo Switch later in 2021. But do not fret as you will not be required to buy each game individually (perhaps for the third or fourth time), with plans to offer the entire series as part of a Danganronpa: Decadence collection.

Danganronpa S: Ultimate Summer Camp is an updated version of the Ultimate Talent Development Plan mini-game from Danganronpa V3. With an all-star dream lineup of characters from each Danganronpa game, gather Hope Fragments at a tropical resort. Explore Jabberwock Island and develop your Dangan characters. Gather money through battle and upgrade your equipment, then defeat bosses and move on to the next island.

Of course… if you really want to, it will be possible to purchase each individual game standalone – including Danganronpa S: Ultimate Summer Camp.