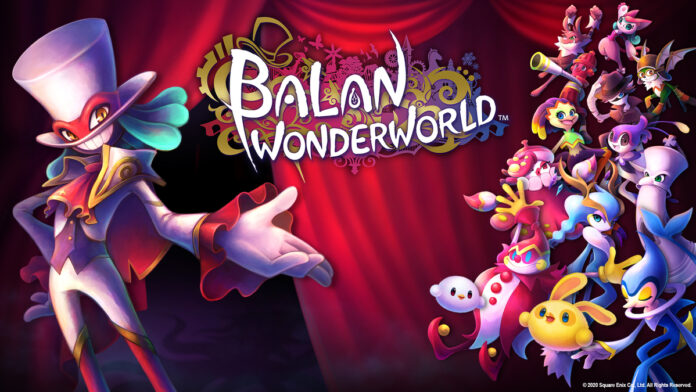 Something a little bit different from the usual games they offer, Square Enix last year confirmed they would serve as publisher for the cartoon-style action-platformer game Balan Wonderworld. With a development team of seasoned veterans including director Yuki Naka (Sonic the Hedgehog Franchise Creator, Sonic Team Co-Founder) and Character Designer, Naoto Ohshima (Sonic the Hedgehog, Doctor Eggman, Sonic Team Co-Founder); the game marks the first time in 20 years that Naka-san and Ohshima-san have collaborated together.

Not too sure if this new IP will be of interest to you? Balan Company and Square Enix has today released a demo onto the PlayStation Store (PS4 / PS5), Nintendo eShop (Nintendo Switch), Xbox Marketplace (Xbox One / Xbox Series X) and Steam (PC). Players will gain access to approximately two hours of content, previewing snippets of several in-game chapters. In addition to a single-player mode, two-players can fill the shoes of both Leo and Emma, combining their different costumes to access new paths unavailable in solo play. You can download this demo free of charge on the platform of your choice.

By downloading and playing the demo, players will gain access to one of four different costumes in the full game, themed after each consoles design language:

Blue Launcher – PlayStation 5/PlayStation 4 Edition
The Blue Launcher costume shoots blue bullets studded with 〇 and × symbols to the front when standing still, which can defeat enemies or destroy blocks.

Although not as uncommon as say, five years ago, it is rare to see...
Previous article
Jackbox Party Packs (1-7)
Next article
Celeste
Twitter Youtube
© The Otaku's Study
Go to mobile version