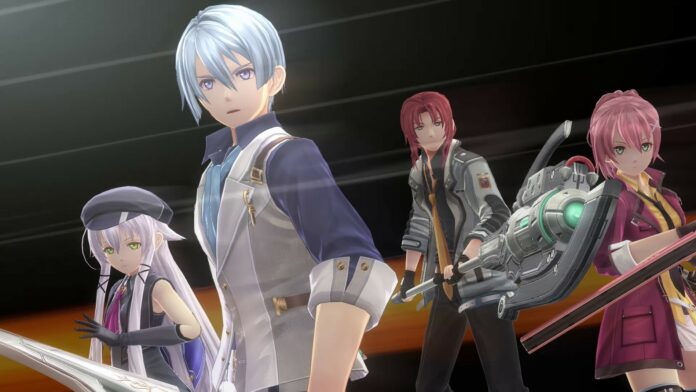 The adventures fans have been following in the first three chapters of Nihon Falcom’s Trails of Cold Steel RPG franchise are due to come to an end, with Nippon Ichi Software America this week publishing The Legend of Heroes: Trails of Cold Steel IV on the PlayStation 4 in North America and Europe. Continuing where the previous chapter concluded, the Erebonian Empire is now mobilizing its full military might – and it falls to the current and graduated classes of Class VII and their allies to end the conflict before it consumes the entire continent.

For my readers in Australia or New Zealand who are wondering when you can officially purchase a copy of Trails of Cold Steel IV, plans are for Bandai Namco Entertainment to distribute the game next week from 3 November 2020.

Promoted features of this latest and final instalment in the Trails of Cold Steel series include:

The Ultimate Class Reunion
Boasting the largest roster in series history, heroes from all over seek to join the cause! The heroes of Class VII unite with Crossbell’s Special Support Section and even the heroes of Liberl.

Battle Most Refined
New and returning systems join the already polished combat of The Legend of Heroes series, including the ability to summon giant mechs to the field for devastating attacks, engage in Auto Battle for more expedient combat, and utilize Lost Arts, the most powerful Orbal magic capable of turning the tide of battle.

Pursuits of the War Weary
In between epic battles, catch a breather with a number of mini-games including returning favorites like Vantage Master, fishing, and puzzle games, as well as all-new pursuits like Poker, Blackjack, and the Horror Coaster.

Need a quick look at some of the stuff being developed at Cloud Imperium Games HQ for Star Citizen?

ATLUS' Persona series meets Omega Force's 1 vs 1000 hack'n'slash gameplay in Persona 5 Strikers, the latest spin-off game in the series. Does the game live up to the high expectations set by the original games? Read this review to find out!

Omega Force has been a very active development studio over the last few years,...

One major thing that the Xbox line of consoles has over its predecessors is...
Previous articleThe 5-Star Characters of Genshin Impact
Next articleNew Stories to Be Told in Sentai’s January 2021 Anime Release Slate
Twitter Youtube
© The Otaku's Study