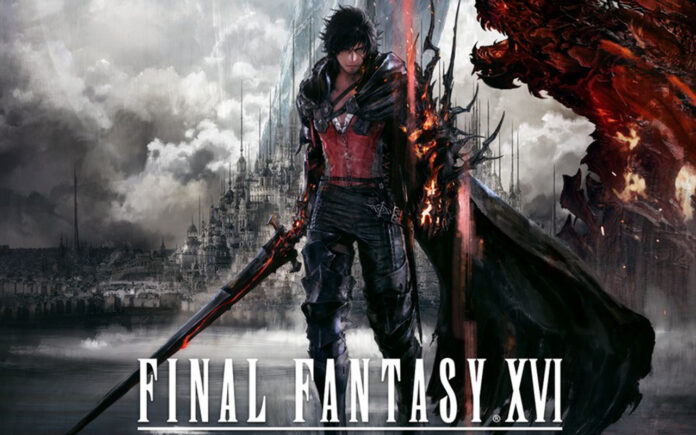 Announced with arguably less fanfare than one would usually expect for the next mainline instalment in its franchise, Square Enix announced Final Fantasy XVI for the PlayStation 5 during last month’s PlayStation Showcase livestream. While the developers and publisher has been quiet for more than a month now, those waiting to sink their teeth into new content around the RPG need wait no longer. Today, the game’s official teaser website launched.

Being only a teaser website, you don’t get too much of a new in-depth look at the game, which is still probably best reserved for the trailer released last month. Instead, it showcases newly revealed key artwork featuring the game’s protagonist Clive Rosfield, and shares lore/information around Final Fantasy XVI’s complex realm of Valisthea, a land blessed in the light of the Mothercrystals —glittering mountains of crystal that tower over the world below.

Helmed by Final Fantasy XIV veterans Naoki “YoshiP” Yoshida (Producer) and Hiroshi Takai (Director), Final Fantasy XVI is the sixteenth major numbered chapter in the Final Fantasy franchise. The RPG will take players into a world where Eikons are powerful and deadly creatures that reside within Dominants—a single man or woman who is blessed with the ability to call upon their dreaded power. The story follows Clive Rosfield, a young man dedicated to mastering the blade, who is dubbed the First Shield of Rosaria and tasked to guard his younger brother Joshua—the Dominant of the Phoenix. Unexpected events set Clive on a dark and dangerous road to revenge.

You can check out some of Final Fantasy XVI’s new illustrations and visuals below, or check out the teaser website HERE.

Digimon: Digital Monsters was the standout classic from my childhood. Although overshadowed by Pokemon, this was...
Previous articleUbisoft and Netflix Partner Up for Assassin’s Creed Live Action Series Adaptation(s)
Next articleDo You Know How Water-Element Mages Replenish Their Magical Powers?
Twitter Youtube
© The Otaku's Study
Go to mobile version