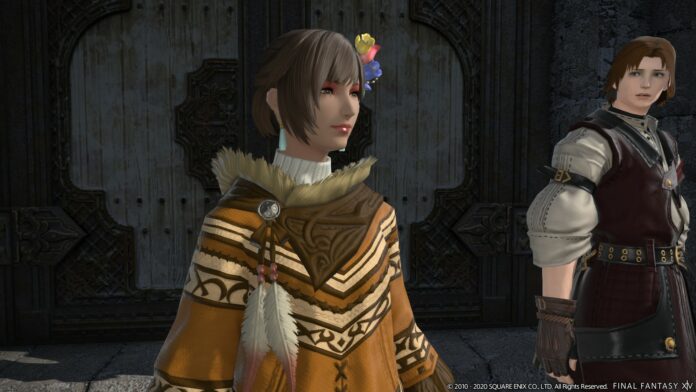 Been waiting for new content in Final Fantasy XIV Online? Overnight, Square Enix outlined their plans for the game from now until December 2020 – including details on the next major patch (Patch 5.4: Futures Rewritten), the next sub-patch (Patch 5.35) and plans to support the PlayStation 5 when it launches on 12 November 2020. A full summary can be read below:

Producer and Director Naoki Yoshida has confirmed that the next patch is due to go live on Japanese, European and North American servers sometime in Early December 2020. Just in time for Christmas holidays / time off work, content introduced in this update include:

New Main Scenario Quests
Following the grand conclusion of the Shadowbringers story in Patch 5.3, players will set out on a new adventure.

New Dungeon: Matoya’s Relict
Players can tackle this new challenge alongside fellow adventurers, or a party of non-player characters, using the Trust system.

New Unreal Trial
The next powered-up version of an existing primal will be unleashed upon level 80 heroes in Patch 5.4, providing a new challenge and a chance at unique prizes.

Blue Mage Update
The limited job will receive a number of new updates, including an increased level cap, new blue magic to learn from enemies, new job-specific equipment, and additions to the Blue Mage Log.

New “Explorer Mode”
This new gameplay mode will allow players to traverse Shadowbringers dungeons without the danger of enemies in order to take screenshots. Players can also summon both mounts and minions within dungeons using this mode to further enhance their screenshots.

Performance Action Update
Playable instruments have been expanded to include the violin.

Triple Triad Updates
In addition to revised match rules and UI enhancements, new limited-time tournaments will be held, which will also be available via the Duty Finder.

Ishgard Restoration Update
The fourth and final stage of the Restoration of the Holy See of Ishgard begins.

“Save the Queen” Update
New 24- and 48-player large-scale battle content and the opportunity to further enhance Resistance weapons arrives in the next chapter of this multi-part adventure featuring a scenario written by renowned game designer Yasumi Matsuno (FINAL FANTASY Tactics, FINAL FANTASY XII).

On 13 October 2020, Final Fantasy XIV Patch 5.35 is due to go live on the game’s Japanese, European and North American servers. This update will be headlined by the next chapter in the “Save the Queen” questline, which features a story written by Yasumi Matsuno.

The patch also introduces the new Bozjan Southern Front battle content—a new area to explore where the Bozjan Resistance has begun Operation Eagle’s Nest in a bid to regain Alermuc Fortress from the Empire. Players can also enhance powerful weapons obtained in the first chapter of this quest series by participating in a variety of in-game content, including the new Bozjan Southern Front.

It might not be for everyone given the small confines of the smartphone screen,...
Previous articleAniplex of America to Offer Premium-Priced Blu-ray Set for Your Lie in April
Next articleUdon Entertainment Open Pre-Orders for Ryuji and Haru (Persona 5) Tees
Twitter Youtube
© The Otaku's Study