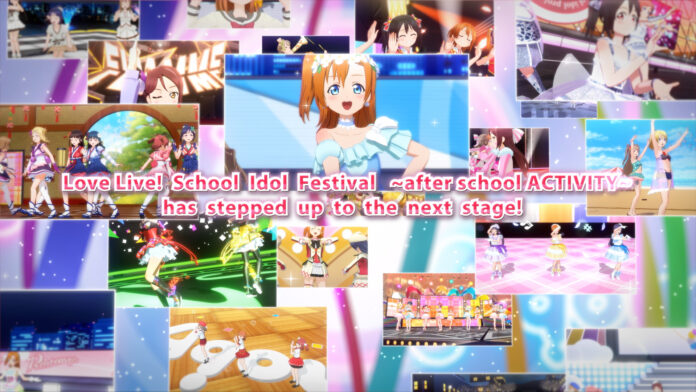 If there is an anime-style rhythm game released in Japan, than unless it has a mass market or smartdevice slant to it, then I typically write it off as never being released in the week. My mind immediately drifts to Bandai Namco’s popular idol raising simulation franchise The [email protected], with so many console and spin-off releases yet so very few international localisations. Fortunately thanks to the team at Square Enix, at least one idol rhythm game will be headed our way in the future.

Based off the hugely successful Love Live! media franchise which spans anime, video games, soundtracks and more – Square Enix has this week confirmed plans to bring an English localised version of Love Live! School Idol Festival ~after school ACTIVITY~ Wai-Wai!Home Meeting!! to the PlayStation 4. This announcement was made simultaneously with Japan.

In this game, players will be able to see the different school idols from the Love Live! franchise, as they perform a variety of music performances in full-3D. More information on the game, including a launch window / release date has yet to be confirmed, so watch this space.

Love Live! is a cross-media project based on the concept, “a story that makes our dreams come true.” A youth drama that follows nine high school girls who form an idol group in an attempt to save their school, it has been adapted for various media, including an animated TV series, music CDs and animated videos, magazines, comics, mobile phone applications, and card games. Love Live! has also featured in radio programs, live video streams via the Japanese video sharing website NicoNico, and in live concerts and events hosted by the voice cast.

Got some time off work or education this month? Want to get in some...

Bethesda Australia and New Zealand have today confirmed that on 16 December 2021 at...