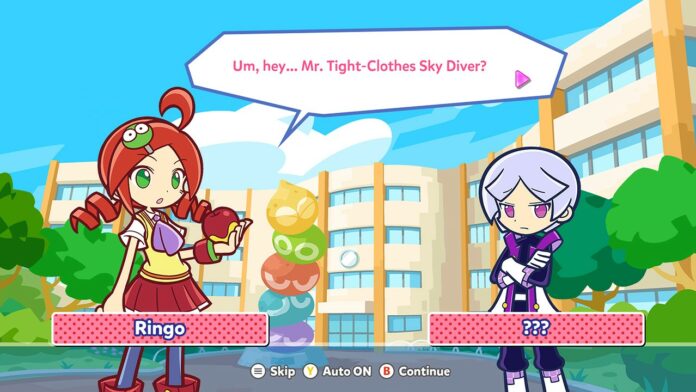 On 8 December 2020, gamers on current and next generation consoles will have the opportunity to test their minds to some classic puzzle challenges with a modern twist in SEGA’s upcoming release of Puyo Puyo Tetris 2. A series which in 2021 would be celebrating the 30th anniversary, this game serves as an amalgamation of the iconic Tetris franchise and the concepts which have kept the series going for so long. Sega has recently shared details around several different play modes accessible to players. You can read more about these below:

In Skill Battle mode, players will create teams of three from selectable characters in either Puyo Puyo or Tetris gameplay settings and use their unique skills to create the ultimate lineup.

Show Off Your Skills!

Each character starts out with a single specialty and learns more powerful skills as you play with them. Selecting characters with complementary skills becomes a key strategy for winning a Skill Battle match. As you play, you’ll pop Puyos and clear Lines, sending Garbage Puyos and Blocks to the other player’s board. When the Garbage falls, your opponent loses HP. If their HP hits 0, you win!!

A number of online gameplay modes will be available to players of all ability levels. This includes Leagues for experienced players, and a Free Play mode for casual players.

Building onto Puzzle League from the previous game, three additional Leagues have been added: Tetris League, Puyo Puyo League, and Skill Battle League. These Leagues provide a competitive space where you can match your strategy and talents against other pros and see how you rank amongst the world’s best. Free Play, brought over from Puyo Puyo Tetris, lets you play at a more casual pace with any ruleset and without the pressure of rankings.

Developed and published by SEGA, Puyo Puyo Tetris 2 will be available on the PlayStation 4, PlayStation 5, Xbox One, Xbox Series X|S and Nintendo Switch on 8 December 2020; with a PC release on Steam planned for early-2021.

With a prize pool of up to 100,000,000 yen up for grabs, Bandai Namco...
Previous article
Klee Brightens Even the Stormiest of Days in Genshin Impact
Next article
English Dub of Sword Art Online Alicization: War of Underworld to Air on Toonami Next Month
Twitter Youtube
© The Otaku's Study