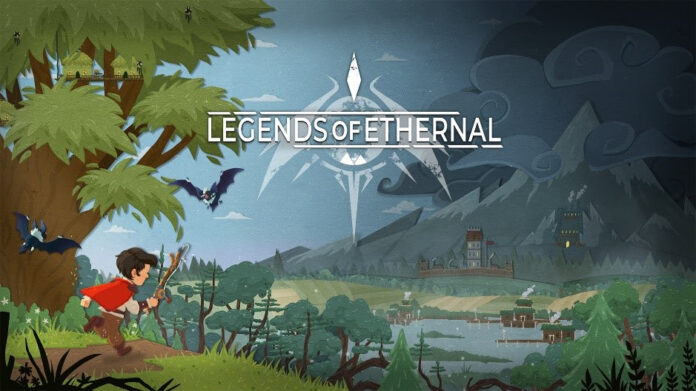 French-Canadian indie developer Lucid Dreams Studio and publisher Natsume Inc. has today rolled out their newest game – Legends of Ethernal – onto the PlayStation 4, Xbox One, Nintendo Switch, PC and MacOS via each platform’s respective digital distribution storefront. Priced at $19.99 USD, this is the first video game to be released under the Natsume Indie Program which provides smaller studios with publishing support.

Legends of Ethernal is an all-ages (Rated Everyone 10+) friendly action adventure game set in a 2D world utilising hand-drawn art. You take control of Wilfred, whose lazy summer day is thrown into turmoil when he returns home to find his house ransacked, and his parents gone. Who or what has taken them? And to where? Wilfred puts his fears aside and sets off on an adventure to find them, an adventure that will span the entire world of Arkanys.

Players are tasked with uncovering the truth about the disappearance of Wilfred’s parents, and will do so by exploring environments, solving puzzles and fighting against many creatures. Using the crafting power of ether, new powers and weapons will be unlocked to you, allowing you to explore more and more of the world of Arkanys.

Scroll down to read promoted features of Legends of Ethernal and see some preview screenshots.

Promoted Features of Legends of Ethernal

Need a quick look at some of the stuff being developed at Cloud Imperium Games HQ for Star Citizen?

ATLUS' Persona series meets Omega Force's 1 vs 1000 hack'n'slash gameplay in Persona 5 Strikers, the latest spin-off game in the series. Does the game live up to the high expectations set by the original games? Read this review to find out!

Omega Force has been a very active development studio over the last few years,...

One major thing that the Xbox line of consoles has over its predecessors is...
Previous articleGenshin Impact v1.1: A New Star Arising to Conclude First Chapter From 11 November 2020
Next articlePikmin Invade the Nintendo Switch in Pikmin 3 Deluxe
Twitter Youtube
© The Otaku's Study