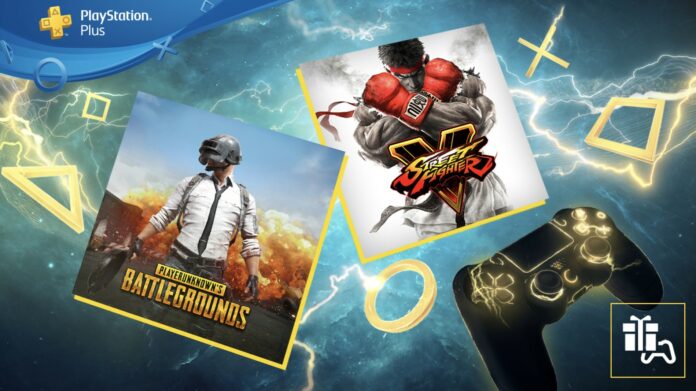 A new month for PlayStation Plus subscribers means a new collection of video games to add to your PlayStation 4 library. Although you no longer have the opportunity to pick up the gem which is Fall Guys: Ultimate Knockout or Infinity Ward’s Call of Duty: Modern Warfare 2 Campaign Remastered for free, as of this month, you can add PlayerUnknown’s Battlegrounds and Street Fighter V to your library for free (if you don’t already own them both – which in this instance wouldn’t be too unlikely).

Never checked out either or both of these titles? Read more about them below:

Parachute into a treacherous battleground with only your wits for protection, as you loot gear and outsmart your enemies in a fierce battle royale. Build the ultimate soldier from scratch and test your mettle against up to 99 other players across multiple unique maps. Only one life. Only one shot at victory per match. Wreak havoc on your own or take on the challenge in a squad of up to four players to increase your chances of survival — and glory.

New competitors and iconic world warriors square off in Street Fighter V, Capcom’s blisteringly ferocious fighter and the latest entry in the legendary Street Fighter series! Sharpen your skills in a variety of single player modes, then prove you’ve got what it takes to best the globe’s finest fighters in online matches!

PlayStation Plus comes with a number of other features outside the monthly games, including online play, deals on the PlayStation Store and 10GB of cloud storage for save files.

A young girl cursed. To break the curse placed upon her, a young girl...
Previous articleFlying Low, But Many Photos to Take
Next articleEastAsiaSoft Tease Sexy Dungeon Crawling Adventures This Month
Twitter Youtube
© The Otaku's Study
Go to mobile version