Disgaea 6: Defiance of Destiny To Be Released Exclusively on Nintendo Switch Internationally 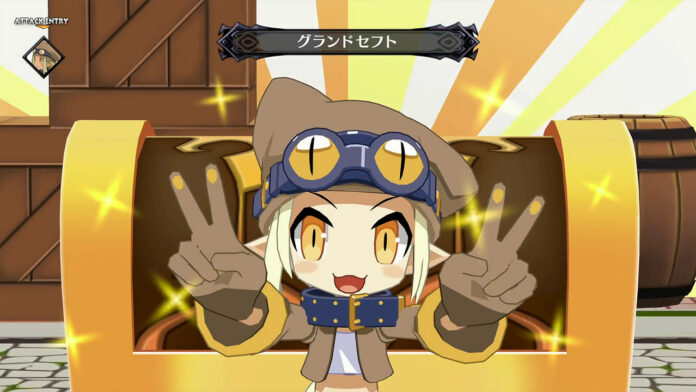 After more than six years since Disgaea 5: Alliance of Vengeance was first released on the PlayStation 4, we are finally getting a new Disgaea SRPG next year – titled Disgaea 6: Defiance of Destiny! Scheduled for release on 28 January 2021 in Japan on the PlayStation 4 and Nintendo Switch, Nippon Ichi Software America used last night’s Nintendo Direct Mini: Partner Showcase livestream to confirm that localisation efforts are underway for a 2021 launch window. What came as quite the surprise, especially given the franchise’s long-time history on PlayStation consoles, is that the western version will (at least at first) be exclusive to the Nintendo Switch.

Disgaea 6: Defiance of Destiny is set to feature many long-time staples of the series, in addition to new features including Super Reincarnation, new ways of adjusting gameplay settings, maximum damage in the quadrillions and, in a first for the series, 3D battle visuals. The decision to move from 2D sprites to 3D models came as a complete surprise, and I am personally not too sure if I applaud or am concerned about this major shift from tradition. Especially since, close-up, the character models look to be of the quality of a generation or two ago. That said, 2D artwork is still being used in the game – in cutscenes, menus and more.

In Disgaea 6: Defiance of Destiny, you will fill the shoes of Zed, a boastful zombie who wallows on the lowest rung on the Netherworld ladder alongside his sister Bieko. When a God of Destruction threatens their way of (un)life, Zed must harness his unique ability of Super Reincarnation to stand against the approaching menace. Along the way, he will unite with twisted and colorful denizens of the Netherworld, face challenges around and within, and see if even an undying hooligan like himself can defy the odds.

According to NIS America:

Expect to hear more about Disgaea 6: Defiance of Destiny in the coming months, leading to the game’s Japanese and eventual international release. You can read more about its promoted features below:

From Grave to Glory
Join Zed in his quest to rise above his lowly status and challenge a God of Destruction. Along the way, meet zany characters, explore chaotic new worlds, and discover the power of sibling bonds and determination.

Undying and Unstoppable
Experience over-the-top tactical combat, complete with insane special attacks and a wide variety of allies to choose from. And when things get too hairy, use Super Reincarnation to keep trying until you succeed!

A Netherworld for Everyone
Play at your leisure, and even on the go! With customizable gameplay features such as Auto, Retry, and Replay, both new and returning players can forge a HL-raising experience that fits their lifestyle. Diving into DISGAEA has never been easier!