Breath of the Wild’s Prequel to be Told in Hyrule Warriors: Age of Calamity 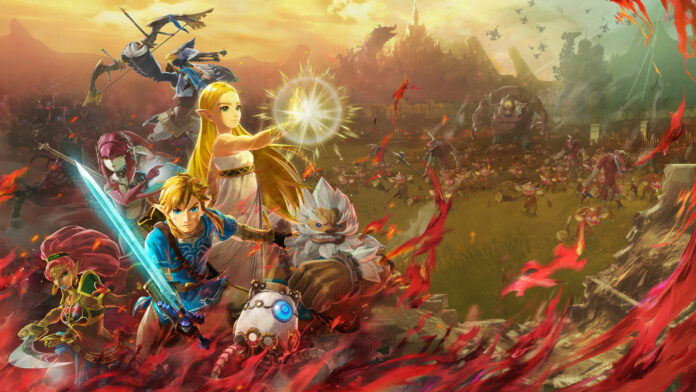 The idea behind Koei Warriors games are simple and addictive – you take control of a few super powerful characters and have them plow their way through hundreds if not thousands of foes which stand in their way. While the settings of these games were originally in China or Japan, more recently they have collaborated with other developers and franchises to deliver unique hack ‘n’ slash experiences. In 2014, the collaboration between Omega Force, Team Ninja, Koei Tecmo and Nintendo saw the release of Hyrule Warriors on the Wii U, a non-canon experience which brought characters from various games together to deal with a new threat to Hyrule.

Early this morning, Nintendo announced that a new Hyrule Warriors game was in development, titled Hyrule Warriors: Age of Calamity. Set in a separate timeline to the original, and taking place 100 years prior to the events of The Legend of Zelda: Breath of the Wild, it tells the story of the events before the calamity occurred – which plunged Hyrule into an age of darkness.

Players will partake in battles against a backdrop of memorable locations in Hyrule before they were destroyed. Standing up to the threats will be familiar faces like Link and Zelda, alongside other recognisable characters like the four champions. As this appears to be a more canon instament in the series, probably don’t expect characters from other games to show up.

As with other Koei Warriors games, players will hack and slash their way through large swarms of enemies to defend Hyrule, along with solving puzzles, unlocking weapons and more. According to Nintendo, the game will focus on providing “fast-paced and strategic” gameplay which is “perfect for players looking for an intense, non-stop action game with direct ties to The Legend of Zelda: Breath of the Wild”.

Hyrule Warriors: Age of Calamity will be released on 20 November 2020 exclusively for the Nintendo Switch, priced at $79.95 AUD or local equivalent.

With Black Friday almost upon us, it is time to start planning...
Read more