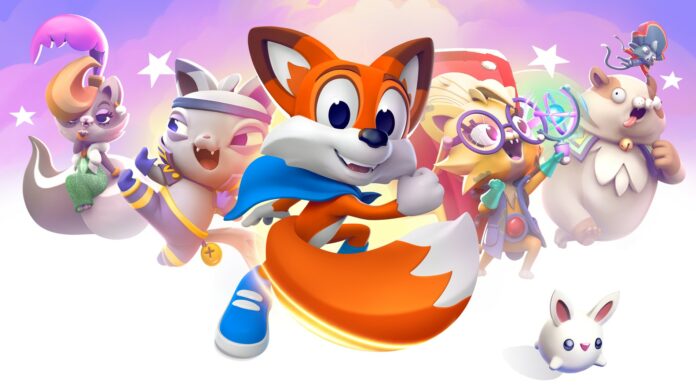 Released in November 2017 for the Xbox One and Windows PC, Super Lucky’s Tale was a 90s-era style 3D platforming game which at the time only received average reception. While this could have been a one-release franchise, developer Playful Games instead went to work on developing an enhanced remake of the game, fittingly titled New Super Lucky’s Tale. Enhancements included a significantly better camera system, new levels, and other quality of life improvements which made the game a more enjoyable experience overall.

Despite its origin platforms, New Super Lucky’s Tale was first released in November 2019 exclusively on the Nintendo Switch, although was later confirmed that it would eventually be made available for the PlayStation 4 and Xbox One. That ‘eventually’ is today, with Playful Studios releasing it on all three platforms. Even more, if you are an Xbox Game Pass subscriber, you can download the game freely as part of your subscription.

New Super Lucky’s Tale involves the titular character, a fox who embarks on a journey through the Book of Ages, a magical artifact that opens doors to new worlds. On their quest of jumping, burrowing and tail swiping,, they will meet new friends, explore new lands, and recover missing pages stolen by the evil sorcerer Jinx and his family – the dreaded Kitty Litter.

In an announcement earlier today, SEGA and the development team at Ryu Ga Gotoku...
Previous article
Devolver Digital and Croteam Count Down the Weeks Until Serious Sam 4: Against All Odds Launches
Next article
Get Ready for a Retro Anime Weekend with AnimeLab!
Twitter Youtube
© The Otaku's Study
Go to mobile version