Incoming Animal Crossing: New Horizons Update Gives Islanders More Reason to Stand Outside in the Cold… and Snuggle in Bed 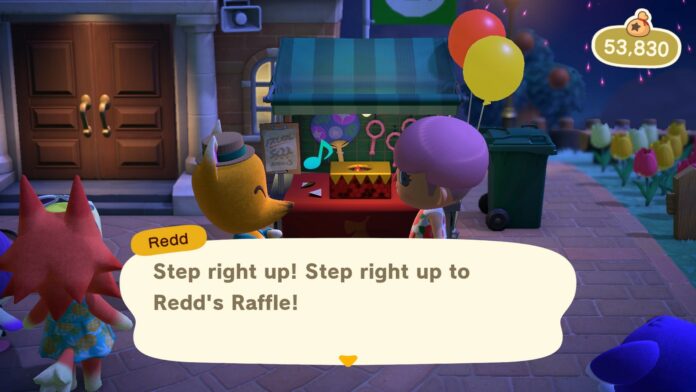 The second seasonal update for Animal Crossing: New Horizons on the Nintendo Switch was detailed this morning. The second of two planned “Summer Patches’, this introduces new content which will surely appeal to villagers in the Northern Hemisphere… and may coax some Southern Hemisphere islanders briefly out into the snow from the warm confines of their homes.

Fireworks Shows
Atmospheric fireworks light up the sky above players’ islands every Sunday in August at 7 p.m. Players can use Bells to redeem raffle tickets in the plaza to get various festive items. They can also add a personal touch to the fireworks by using custom design patterns.

Dreaming
Players can now choose to take a nap on the bed placed in their home. Those who have a paid Nintendo Online membership, when dozing off, may find themselves in a strange realm. Encountering Luna, they are offered the ability to visit other islands as a dream. She will grant those who share their island a “Dream Address” which players can exchange and use to visit each other’s island in a dream. In dreams, nothing is permanent because nothing players do is saved, so they may explore to their heart’s content.

Island backup and restoration service
While work is ongoing to offer a function allowing players to easily move users and save data to another system, the next best solution for those worrying about their save file is being offered by Nintendo as of this update.

Nintendo Switch Online members can enable the new island backup service, which allows island and user save data to be uploaded to the internet at certain times. If a player’s Nintendo Switch system is lost, damaged or stolen, they may be able to recover their island paradise as long as they’ve enabled island backup.

In the event of loss, damage or theft, players can contact Nintendo Consumer Support, and a representative can help restore the island and user save data on a new or repaired Nintendo Switch.

During Nintendo's partners showcase earlier today, among other announcements from the company, Square Enix...

With releases on every other major gaming platform, one would have expected anyone interested...

Not a numbered instalment in the franchise but a brand new spin-off series, Square...