Gurumin 3D: A Monstrous Adventure to Launch in a Couple Of Weeks 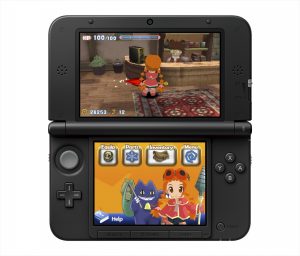 For quite a few months now, Mastiff have been promoting a Nintendo 3DS port of Gurumin: A Monstrous Adventure, Nihon Falcom’s PC / PlayStation Portable action RPG. But one thing that up until now has yet to be confirmed is an actual release date.

Mastiff have confirmed that Gurumin 3D: A Monstrous Adventure will be available on the North American Nintendo eShop from October 13 2016, priced at $14.99 USD. Those who purchase the game from launch until Halloween will also receive a free “Gurumin Party Time” 3DS theme – featuring young protagonist Parin and many of her monster friends.

Gurumin 3D: A Monstrous Adventure will be headed to PAL regions in the future, although a date has not yet been confirmed.

Parin is soon invited to the mysterious Monster Village, which just so happens to be hidden right behind the town. Parin has just started making monster friends when evil spirits, known as Phantoms, invade the village and &#39;monsternap&#39; most of the inhabitants. Parin learns of the Legendary Drill, a weapon accessible only to the chosen, and powerful enough to eliminate the Phantoms. Thus begins Parin’s quest to reclaim the Legendary Drill, drive out the Phantoms and set the world right.

Did you pre-purchase Azur Lane: Crosswave via Steam prior to its 13 February 2020 launch? Are you interested in picking up the...
Read more