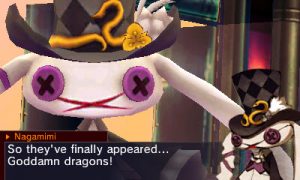 Been wondering if Sega’s upcoming RPG release of 7th Dragon III Code: VFD is worth your time and money? While only available in North America, with no confirmation on there ever being a PAL release, the publisher have released a demo of the 3DS game onto the Nintendo eShop.

This demo will provide players with a streamlined pre-made group with a character cap of level 10. This will provide you with a chance to get a taste of some of the game’s mechanics, minus the ability to craft your own party members.

Save files from the demo will be transferable over to the main game. You will not be locked to using the pre-made group of characters in the full release however, as you can refund all accumulated skill points. There will also be some form of reward to players who transfer over a save file.