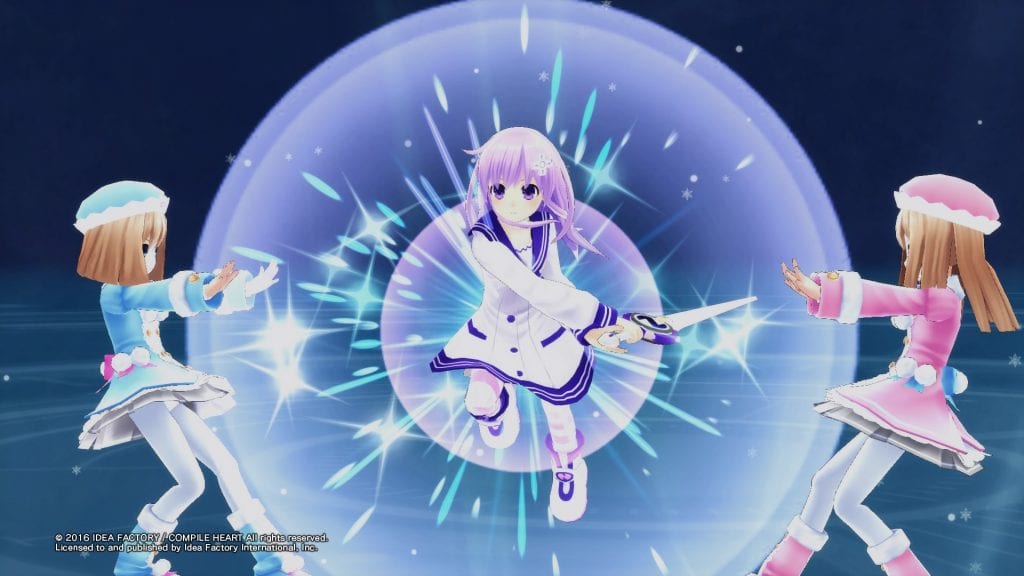 Idea Factory International have announced that Megadimension Neptunia VII will soon be available on the PC through Steam. This puts an end to the JRPG’s PlayStation 4 exclusivity mere months after launching back in February 2016. As of now, the game is planned to launch in “Summer 2016” (or “Winter 2016” for those in Australia).

Unlike the Re;Birth editions released for the first three games, this edition of Megadimension Neptunia VII will be very similar to the original PlayStation 4 release. Players will once again follow a narrative which takes place across three worlds, which need saving across three stories. It also includes all the game’s improved features including new playable characters, the updated battle system and a new dungeon minigame.

What the PC version does offer however is 60fps gameplay and the original Japanese voiceovers seemingly included with the download. Megadimension Neptunia VII will also have bundles of the game’s original DLC available for purchase. How the downloadable content will be bundled is not known yet.

You can read my review of Megadimension Neptunia VII on the PlayStation 4 HERE.

G.C. 2015- Gamindustri has entered a precarious season known as the CPU Shift Period. During this time of social unrest, deprecating rumors about the CPUs have begun to saturate Gamindustri. Neptune and the others worry the citizens will soon call for new leaders to replace the them and that their rule will end.

In these critical moments for Planeptune, Neptune and Nepgear mysteriously disappear. Their destination: a divergent world, nearing its catastrophic end, called the Zero Dimension. They encounter the last remaining CPU of this world,UzumeTennouboshi, who is desperately waging a lonely battle against a colossal evil known as the Dark CPU.

Did you pre-purchase Azur Lane: Crosswave via Steam prior to its 13 February 2020 launch? Are you interested in picking up the...
Read more