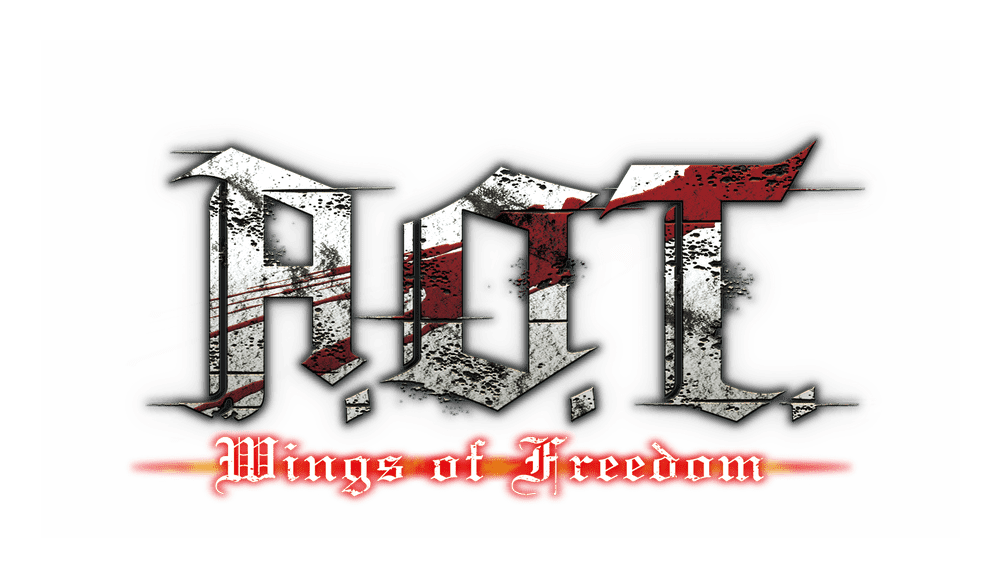 In August 2016, Koei Tecmo is set to publish a new Omega Force developed video game based on the popular Attack on Titan manga/anime franchise originally created by Hajime Isayama. But in Europe and other PAL territories, the game has received a slight name (and in response) logo change.

The game is now known as A.O.T. Wings of Freedom. The title name is a nod to the blue and white wings of the Scout Regiment insignia, which many of the game’s playable characters serve.

A.O.T. Wings of Freedom is set to closely follow the events of Attack on Titan’s first anime season, focusing on the exploits of various key characters. Koei Tecmo hope that this will put players in the position to relive some of the more shocking, courageous and exhilarating moments of the TV anime. It revolves around the story of three young people who survive the destruction of their walled city district by enormous, man-eating Titans and eventually go on to join the Scout Regiment in order to protect humanity from this overpowering foe.

Koei Tecmo plan to share more information on the storyline at a later date.