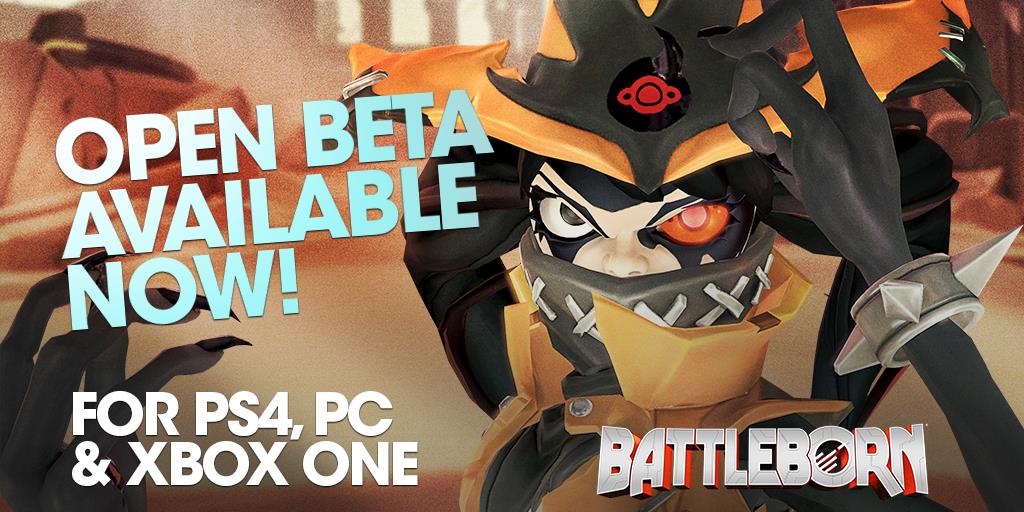 Been waiting for your chance to try your hand at 2K and Gearbox Software’s upcoming first-person shooter, Battleborn? The game’s open beta testing phase has now begun on the PlayStation 4, Xbox One and PC – meaning that everyone with one of these platforms and the ability to play online games on them (in the case of the PS4 and XONE) can try their hand as this soon-to-be-release game.

This open beta test will allow players to try their hand at two full story episodes titled “The Algorithm” and “Void’s Edge”. These can be played with up to four other players. There will also be two competitive multiplayer modes: Incursion and Meltdown which can be played separately from the main campaign.

Open Beta Players will start with seven unlocked heroes, while others will unlock with from rank advancement and completing objectives, letting participants experience the natural progression of the game while unlocking heroes, skins, taunts, titles, and more. Additionally, by joining in the fight to save the last star in the universe, Open Beta players can earn exclusive skins from achieving group challenges.