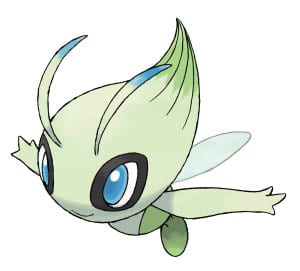 Given that Celebi was made available as part of a Pokemon Bank app promotion back in 2014, this is not as rare a mythical Pokemon as others. However for those looking to double up or looking to add them to your party, now is your chance.

Following their release of Mew via in-store distribution last month, The Pokemon Company and Nintendo are now offering Celebi from March 1st – 24th. There is no need to head to a store either, as distribution will be available via the Nintendo Network.

This Celebi will come in at Level 100, and comes with the ability Natural Cure and a move set consisting of: Confusion, Recover, Heal Bell and Safeguard. As with most mythical Pokemon, you do have the option of being creative with their moves through TM’s.

Celebi will be available to everyone who owns a copy of either Pokemon X, Pokemon Y, Pokemon Omega Ruby and/or Pokemon Alpha Sapphire.