Atelier Sophie: The Alchemist of the Mysterious Book to Receive English Release in June

This announcement should not come as too big a surprise for those following the game, Koei Tecmo have announced that Atelier Sophie: The Alchemist of the Mysterious Book will be available for purchase on the PlayStation 4 (Physically / Digitally) and PlayStation Vita (Digitally) starting June 10th 2016. This will be the first time since New Atelier Rorona since a home video console and portable console have received a simultaneous release in the Atelier franchise. It will also be the start of a new chapter in the Atelier franchise, following the Iris, Alchemists of Arland and Dusk trilogies – which have been released between 2004 and 2014.

Atelier Sophie: The Alchemist of the Mysterious Book is set in a locale reminiscent of a medieval town. It follows the exploits of a young novice alchemist who discovers she is the owner of an enigmatic volume imbued with a soul. This Mysterious Book seems to hold all the secrets to the art of Alchemy knowledge and it goes on to become Sophie’s mentor. As Sophie improves her Alchemy skills throughout the story she unravels forgotten memories, and eventually sets out to uncover the strange tale of the book’s origin.

Gust have described this title as “the new standard for the Atelier series”, and have purportedly “poured all their creatinity” into rebuilding the series’ signature Alchemy system from the ground up. The development team also enlisted two different illustrators into making Atelier Sophie – NOCO and Yuugen. 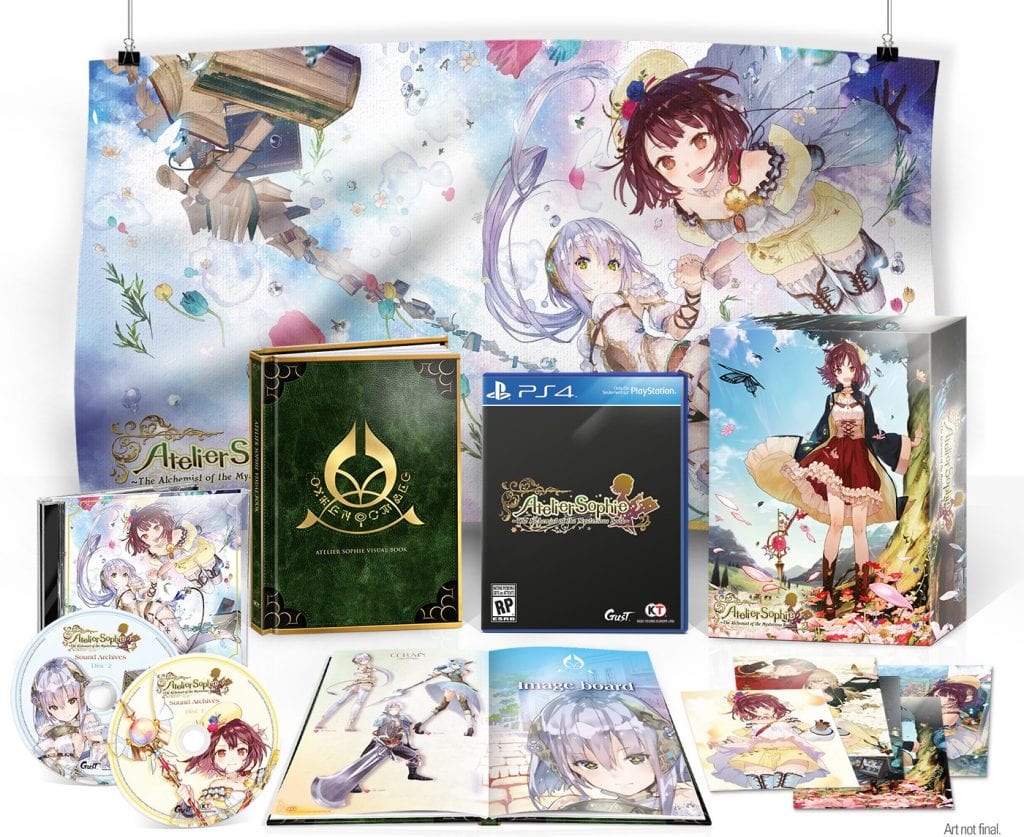 While more is likely to be announced about this game in the future, Koei Tecmo have already begin to promote the game’s limited edition box set. To be available exclusively via the NIS America online store, this set will include:

In the meantime, Koei Tecmo have shared their first sneak peek at the game, which includes artwork of the lead characters and background artwork.