Prepare to Whittle Away at a Boss with One Trillion HP when Trillion: God of Destruction Launches Next Month 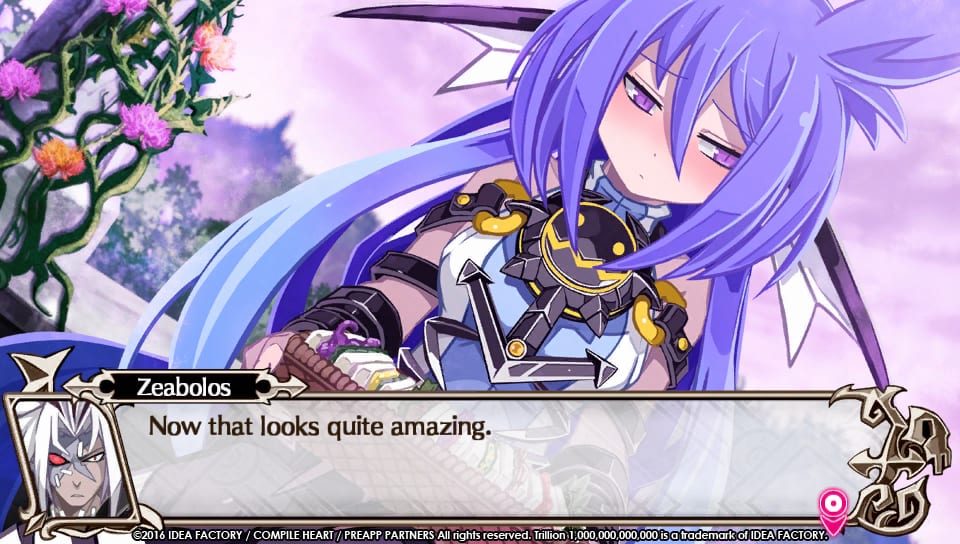 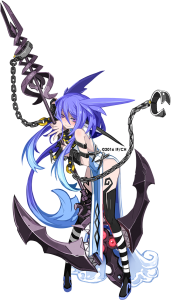 An evil god threatens to destroy the world, and the only standing been your hero (Zeabolos) and saving the planet is a hit point count totalling one trillion (1,000,000,000,000 HP). This quest to save the world will begin next month, with Idea Factory International confirming that Trillion: God of Destruction will be available for purchase on the PlayStation Vita starting March 29th in North America and April 1st in PAL regions.

In addition to this announcement, Idea Factory International have also shared screenshots, character artwork and information regarding Levia – one of the six overlord candidates available to join Zeabolos on their quest.

Levia holds the Crest of Envy and is Zeabolos’ childhood friend. Fiercely loyal to Zeabolos (almost to the point of obsession), she chooses to fight for him to take vengeance against Trillion for harming her friend. When she’s around others, she respectfully refers to Zeabolos as “Great Overlord,” but when they’re alone she’s a lot more forward. However, she definitely lives up to the Crest of Envy when she sees Zeabolos talking with anyone else.

More than a thousand years passed since the legendary battle against the Heavens. The demons of the Underworld lived an evil, yet fulfilling life in peace. And so it remained, until the appearance of Trillion, a demon god of destruction that sought to consume the world. Its power unfathomable, it destroyed the Underworld’s forces. Even Zeabolos, the Great Overlord himself, was defeated.

On the brink of death, Zeabolos heard a mysterious voice from deep within. “It is too early yet for the lineage of the Great Overlord to fall…” Zeabolos was revived, his shambled body patched together again by a young necromancer named Faust. Zeabolos gained the power of the Soul Grimoire, and decided henceforth to fight.