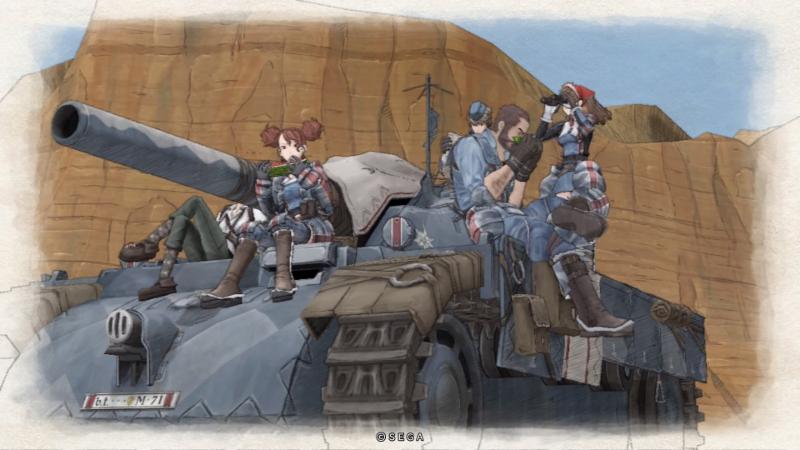 As one of the first few games I played and completed when I purchased the PlayStation 3 many years ago, Valkyria Chronicles is a game that I still remain quite fond of. The tactical RPG provided a a good storyline, distinct visuals and gameplay which was enjoyable and stood out from the smaller library of video games offered on the PlayStation 3 at the time.

Boasting the HD “CANVAS” Graphics Engine with 1080p/60fps visuals, all original DLC on-disc and more – SEGA is set to give new life to Valkyria Chronicles this year. The company have recently confirmed that both North American and PAL region markets will be receiving Valkyria Chronicles’ Remastered edition at a reasonable price of $29.99 USD / $44.99 CAD on the PlayStation 4. No release date has currently been confirmed, but expect to hear more on it soon.

In the world of Valkyria Chronicles, the year is 1935 E.C., and the continent of Europa has been plunged into the Second Europan War between the Autocratic East Europan Imperial Alliance — also known as The Empire — and the Atlantic Federation over the precious resource Ragnite. The Empire is sweeping through the continent like an unchecked wildfire and has its eyes set on the rich Ragnite deposits of the Principality of Gallia. Although peaceful Gallia remains neutral in the conflict, its citizens will need to defend home and country against the inevitable invasion. Players follow Lieutenant Welkin Gunther and the vaunted Squad 7 of the Gallian Militia as they take on the seemingly insurmountable forces of the Empire. 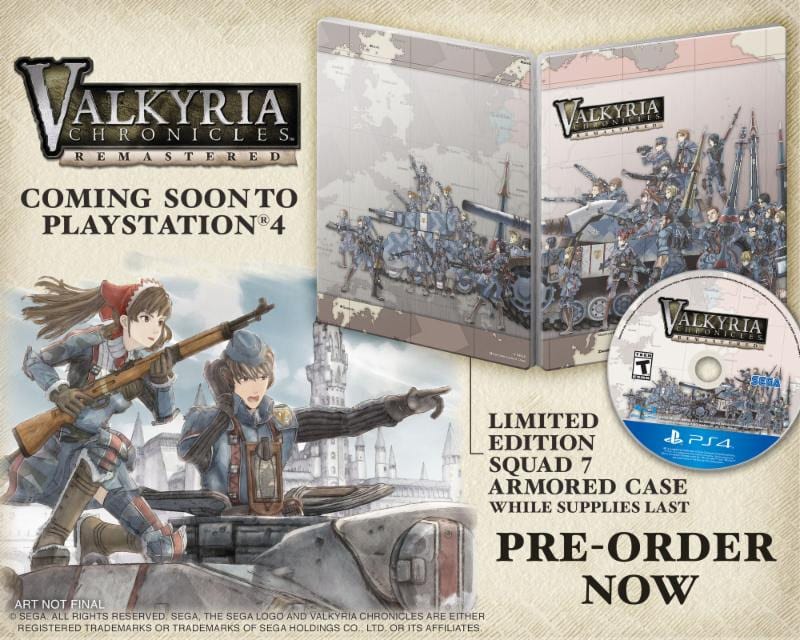 Those who pre-order or obtain a limited print run copy of Valkyria Chronicles Remastered in North America are set to receive a special “Squad 7 Armored Case” while supplies last.