Pokkén Tournament to Launch in March 2016 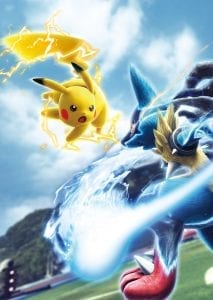 Shifting battles from the familiar RPG format to 3D Fighting gameplay, Pokkén Tournament is set to present Pokemon fans with the Tekken experience.

Nintendo have recently announced that the upcoming 3D versus fighting game will be launched on the Wii U in Australia and New Zealand starting March 19th 2016. While pricing may differ from store to store, Pokkén Tournament has an SRP of $89.95 AUD.

As something a little bit extra for those who decide to pre-order the game, first production versions of Pokkén Tournament will receive a special Shadow Mewtwo amiibo card. Tapping this on the Wii U GamePad controller will unlock the Shadow Mewtwo playable character to use in-battle. It is unknown how many other Pokemon (Recolours, alternate versions or completely new fighters) will be unlockable through amiibo cards at this time.