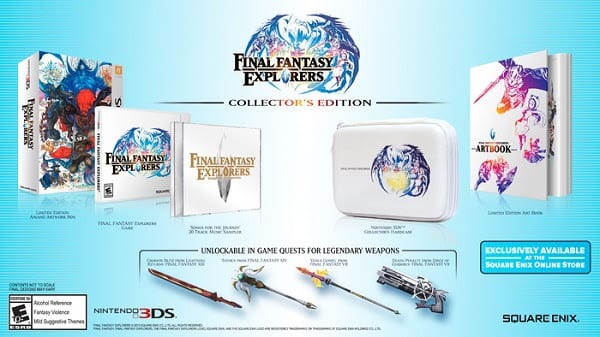 To be made in limited quantities and available exclusively through their online store, Square Enix have announced they will be offering a Collector’s Edition for Final Fantasy Explorers when it is released next year on the Nintendo 3DS.

This special edition will be available on January 26 2016, and will be priced at $69.99. Pre-orders can be placed via the Square Enix Online Store.