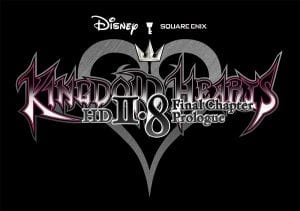 In what could potentially be the last Kingdom Hearts title we have to play until Kingdom Hearts III rolls out onto store shelves, Square Enix and Disney Interactive have announced that development is now underway for Kingdom Hearts HD 2.8 Final Chapter Prologue.

Following previous HD ports of Kingdom Hearts video games for the PlayStation 3, this edition seeks to bring Kingdom Hearts [Dream Drop Distance] to the PlayStation 4 in high definition. This chapter sees Sora and Riku take on the Mark of Mastery exam in preparation for future threats. Dream Drop Distance was originally released on the Nintendo 3DS in 2012, and introduced a number of Square Enix and Disney franchises to the Kingdom Hearts chronology including The World Ends with You and The Hunchback of Notre Dame.

This title is also set to feature two other chapters, one of which is playable and the other being a movie. The first is Kingdom Hearts 0.2 Birth By Sleep – A Fragmentary Passage-. This is a playable episode that links to the story of Kingdom Hearts III, taking place after the storyline of Kingdom Hearts Birth by Sleep and played from the perspective of Aqua. The second is titled Kingdom Hearts χ[Chi] Back Cover. This is a new HD movie that tells the story of the Foretellers, connecting the earliest parts of the series’ history, showcased in the upcoming mobile title KINGDOM HEARTS Unchained χ[chi].

No release date for Kingdom Hearts HD 2.8 Final Chapter Prologue has been announced as of yet.