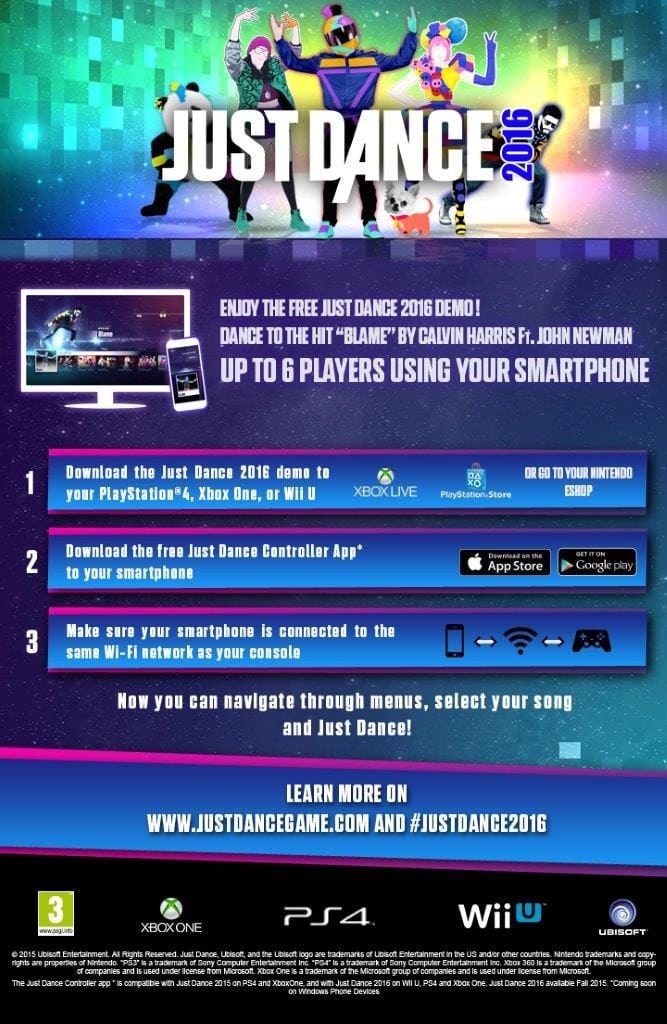 Ubisoft have announced that they are offering a free June Dance 2016 demo for current generation consoles for players to get experience using the Just Dance Controller App. Available on the PlayStation 4, Xbox One and Wii U gaming systems, this demo comes with one song (“Blame” by Calvin Harris Ft. John Newman), to give players a taste of what to expect when the full game is launched on October 22nd 2015.

The free Just Dance Controller App is now available to download on iOS and Android devices, and will soon also be released for Windows Phone devices. The goal is for this app to enable players on new-generation consoles to play Just Dance 2016 without any additional peripherals – which will still seemingly be required on the Nintendo Wii, PlayStation 3 and Xbox 360 platforms. The app plans to transform a player’s smartphone into a controller that tracks the accuracy of their moves and allows them to navigate intuitively through the game. On the Xbox One, players also have the choice to access the demo using Kinect for Xbox One.

Instructions to use the app with the demo are as follows:

1.    Download the Just Dance Controller app on a compatible device.

3.    Connect the smartphone to the same wi-fi network as the console.

4.    Select the song and dance, holding the phone in your right hand.