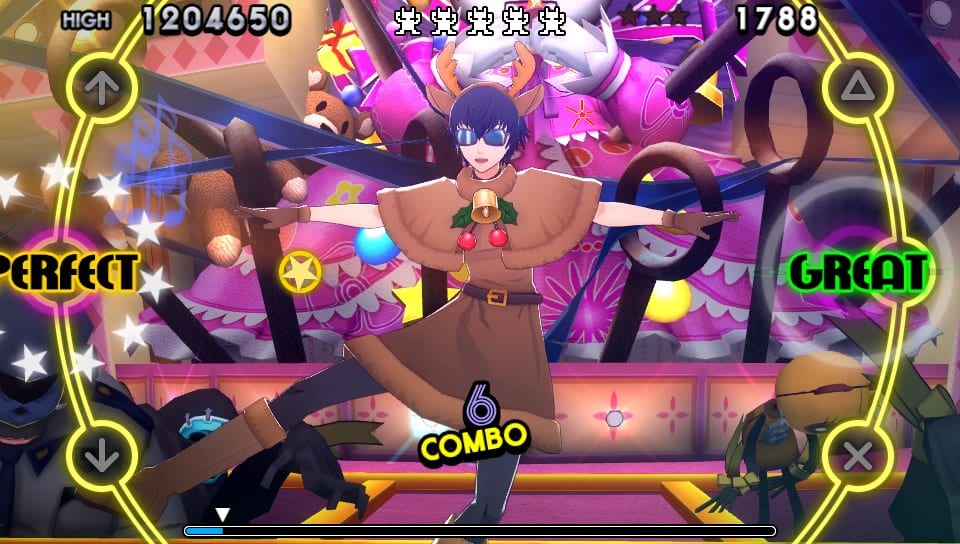 In addition to releasing trailers and character-oriented videos when promoting Persona 4: Dancing All Night, ATLUS also released a number of music videos for some of the songs featured in the rhythm game. With their English localised release set to be available very soon, ATLUS USA have begun sharing these videos alongside their regular video and screenshot batches.

The two most recent “Lyric Videos” are for SNOWFLAKES (NARASAKI REMIX) which has a focus on Yukiko Amagi and Time to Make History (AKIRA YAMAOKA Remix) which focuses on no particular character. Both videos can be found below.

ATLUS USA previously shared a music video for Backside of the TV (Lotus Juice Remix), which had a greater emphasis on Yosuke Hanamura. This video can be found below:

Persona 4: Dancing All Night is set for release in North America exclusively on the PlayStation Vita starting September 29 2015. Nippon Ichi Software America will be handling the game in PAL regions, and is set to release it on November 6 2015.