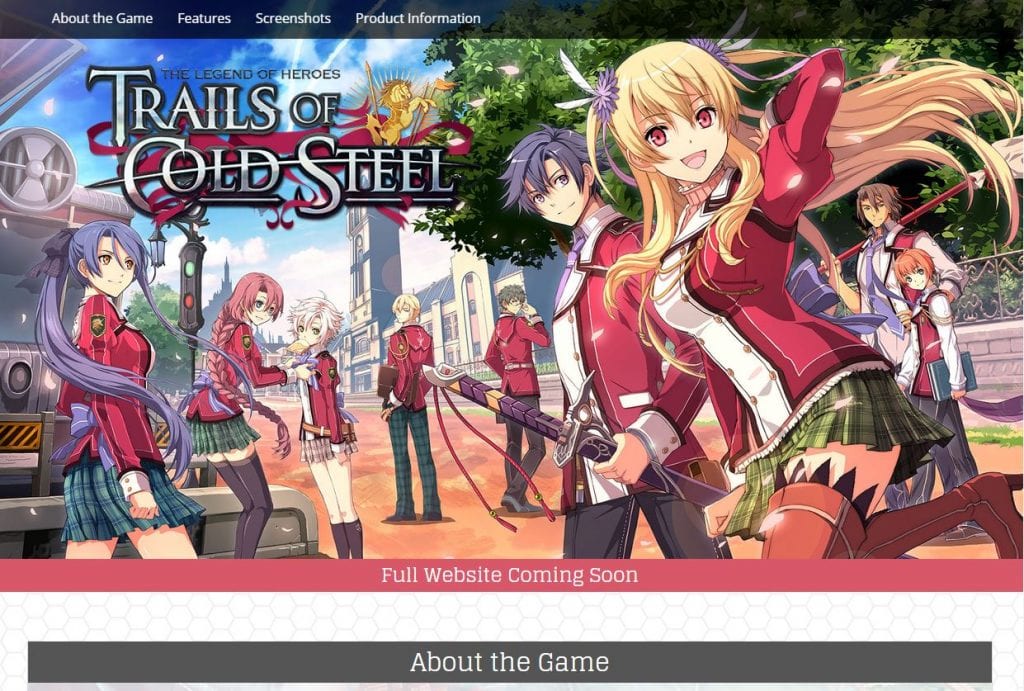 Despite the game being released by XSEED Games in North America rather than directly by them, PAL region publisher Nippon Ichi Software America have confirmed that they have published their own official website for The Legend of Heroes: Trails of Cold Steel. This website is currently only a fragment of what it will likely end up being, but can be found in its current format HERE.

Developed for the PlayStation 3 and PlayStation Vita, The Legend of Heroes: Trails of Cold Steel will be available digitally and on store shelves sometime in Fall 2015. Already available in Japan, this RPG was initially developed by Nihon Falcom.

Official Synopsis for The Legend of Heroes: Trails of Cold Steel

Taking place on the same continent as the fan favorite Trails in the Sky offshoot of Nihon Falcom’s storied The Legend of Heroes franchise, Trails of Cold Steel (Sen no Kiseki in Japanese) is the first in the series to tread Erebonian soil and explore the inner political conflicts of this oft-mentioned powerhouse nation in detail. With a standalone story that also delves into the expansive lore that has become synonymous with the series, players can enjoy school life and bond with fellow students to earn new abilities in battle, take advantage of speedy, tactical turn-based combat with the newly-developed “ARCUS” system, and take part in dramatic events that stand to shift the balance of power between Erebonia’s feuding nobility and commoners.