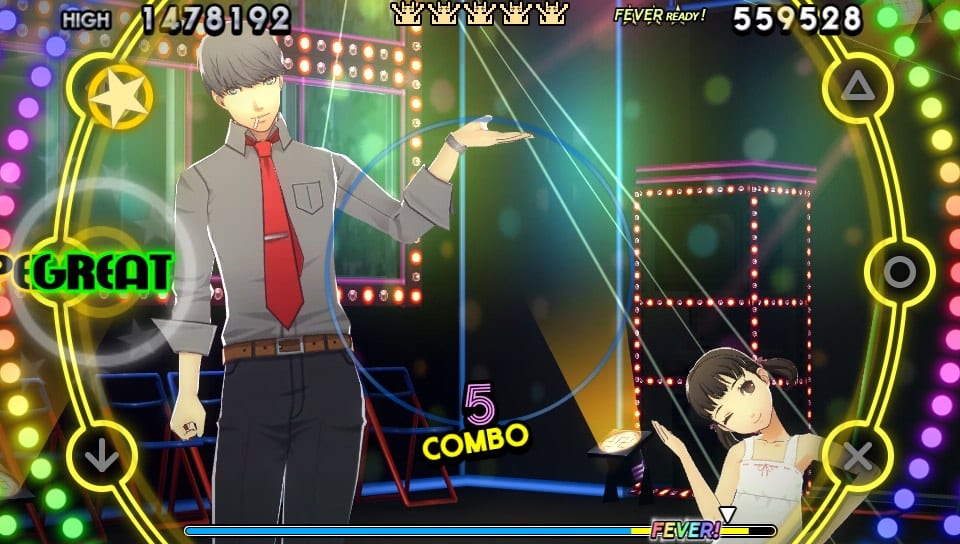 While this shouldn’t come as too great a surprise given that they have also handled Persona 4 Golden and Persona Q: Shadow of the Labyrinth in recent years; but Nippon Ichi Software America have confirmed they will be publishing the PlayStation Vita exclusive rhythm game Persona 4: Dancing All Night in PAL regions. This complements ATLUS USA, who are handling the game in North America.

NIS America will be doing the usual standard retail and digital editions of Persona 4: Dancing All Night, in addition to a limited-run “Disco Fever” EU Edition. Although this may possibly change in the months leading to launch, the Disco Fever edition is slated to include two discs of Persona 4 Music Remixes, the “Last Night a Vita Pouch Saved My Life” pouch, “All About that Bear” keychain, a “Cover Band” PlayStation Vita skin and a large collectable box to store everything in.

Persona 4: Dancing All Night (P4D) is a story-driven music game that takes place after the events of 2014’s fighting game, Persona 4 Arena Ultimax. Players get pulled onto the Midnight Stage when the spotlight turns to mega-idol Rise and her junior group, Kanamin Kitchen. Members of Kanamin Kitchen have disappeared into the Midnight Stage and it’s up to Rise and the Investigation team to mount a rescue mission — only they discover the same monstrous Shadows from the Midnight Channel. To make matters even worse, their old powers no longer work, and the Shadows in P4D can only be defeated by dance, so it’ll be up to players to bust out powerful dance moves in order to save the day!