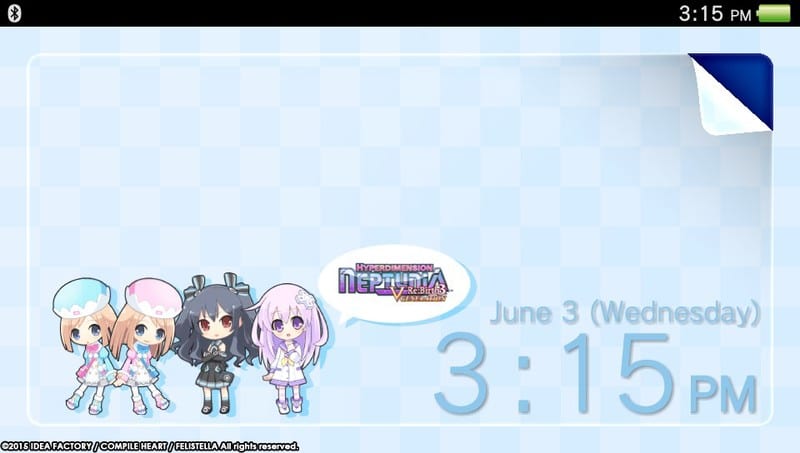 Doing something a little bit different for their upcoming release of Hyperdimension Neptunia Re;Birth3: V Generation on the PlayStation Vita, Idea Factory International have announced that they will be releasing three PlayStation Vita themes for the game.

These three themes will be available when the JRPG launches in North America tomorrow, and in PAL regions when Re;Birth3 receives its digital release on July 8 2015. Each theme will set you back $0.99 / €0.99.

It’s time to Nep-Nep like it’s 1989. Neptune’s been sucked into an alternate dimension of Gamindustri! In order for her to escape from this late ’80s world, Neptune will have to collect enough shares to open up the path to her own dimension. Sounds easy enough – except a nefarious alliance called the Seven Sages wants to rid Gamindustri of all CPUs, including Neptune!

Forging cross-dimensional friendships, will Neptune be able to defeat the Seven Sages, save this alternate dimension and get back to her own, or will she be stuck in the ’80s forever?