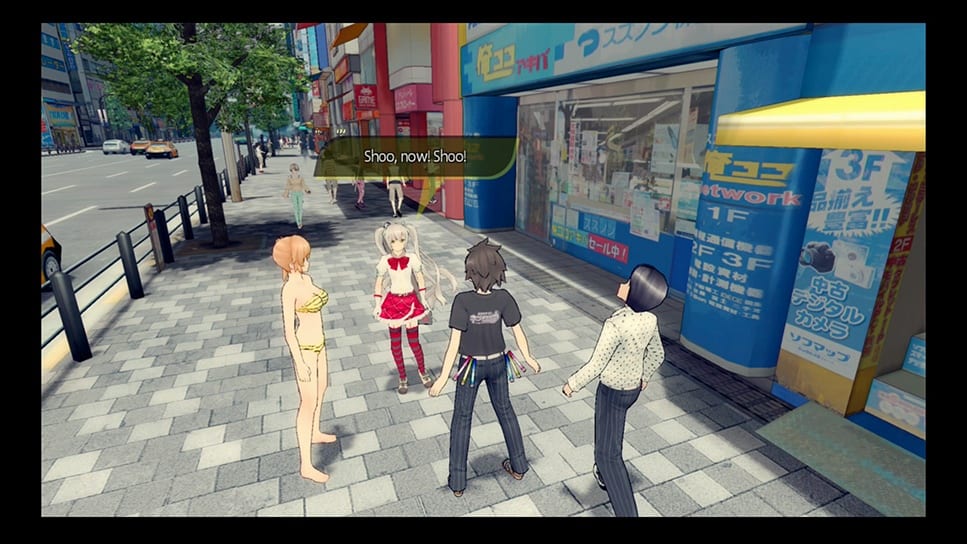 Akiba’s Trip: Undead & Undressed has proved to be quite the successful title for XSEED Games, with the English localized version of Acquire’s beat ’em up adventure RPG receiving releases on the PlayStation 3, PlayStation 4 and PlayStation Vita. But like several titles from similar companies including Ghostlight and Idea Factory International, Akiba’s Trip is set to receive a PC port through Steam.

To launch on Steam starting May 26 2015, the PC version is set to feature all core game content in addition to the visual editor introduced with the PlayStation 4 edition. Also introduced is 1080p HD support, support for a variety of screen resolutions and the usual Steam features including trading cards and achievements. The game itself will be priced at $29.99 USD, €26.99, £19.99 or your local equivalent.

In AKIBA’S TRIP: Undead & Undressed, players take an eclectic trip through a meticulous recreation of Tokyo’s “Electric Town” district, Akihabara (Akiba for short), to halt a growing malevolence that threatens everything the so-called “geek mecca” represents. Akiba has been invaded by vampiric monsters called “Synthisters” who prey on the anime- and game-obsessed patrons of Akiba – but these vampires feast on their victims’ social energy and will to live rather than their blood.

Taking on the role of a typical but naive local student named Nanashi, who has been transformed into a member of the walking undead himself, players must use an in-game smartphone app to identify which of the outwardly human inhabitants of Akiba are Synthisters, then free them of their clothes, exposing them to sunlight and sending them to the netherworld. To achieve this, players will use everyday objects from baseball bat.