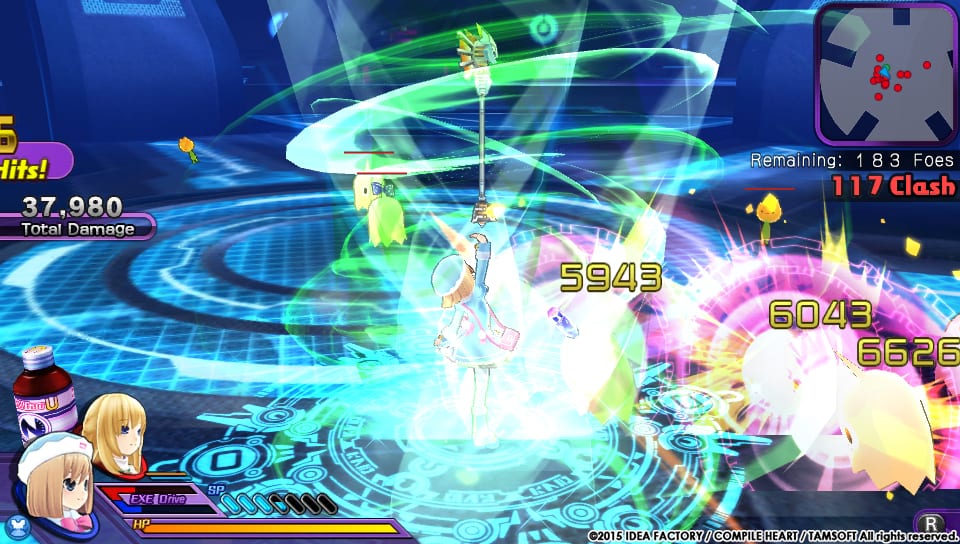 With their action hack ‘n’ slash game set for release in North America starting (approximately) one week from now, Idea Factory International have shared a new batch of screenshots for Hyperdimension Neptunia U: Action Unleashed.

These screenshots grant players a look at the game’s battle system, which is more similar to Dynasty Warriors than what you would traditionally expect in a Hyperdimension Neptunia game. Different characters are featured in these screenshots as well, including the CPU Goddesses, CPU Candidates and newcomers Dengekiko and Famitsu.

Hyperdimension Neptunia U: Action Unleashed is a PlayStation Vita exclusive title, set to hit store shelves from May 19th in North America and May 22nd in PAL regions.