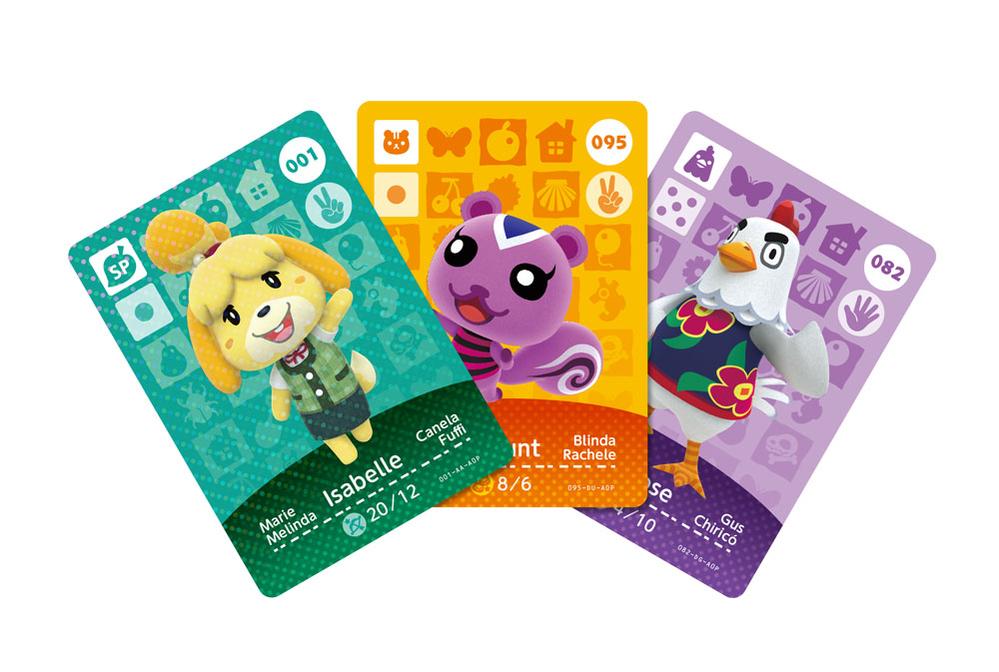 Back when Nintendo were still developing for the Nintendo Gamecube and Gameboy Advance, they released an eReader accessory which allowed gamers to use marketed eCards in order to gain small perks in certain games. It was an idea that never seemed to kick off (At least, I was the only person I knew who owned one) despite support for games including Animal Crossing and Pokemon Ruby/Sapphire, and was eventually discontinued.

With their amiibo line of figures seemingly going strong, Nintendo have announced that they will be launching a set of similar amiibo cards this Spring. These cards will feature characters from the Animal Crossing series, and can be used in the newly announced spin-off title: Animal Crossing: Happy Home Designer. Using the same system as amiibo figures, it will be possible to just tap these cards on your device or NFC reader/writer accessory (To be launched for the Nintendo 3DS, Nintendo 3DS XL and Nintendo 2DS simultaneously).

Shifting the focus from town building to home building, the newly announced game, Animal Crossing: Happy Home Designer, will see you decorating and designing the homes of other residents. Animals will ask players to design houses for them, and it’s up to designers-in-the-making to meet the animals’ requests by furnishing and decorating their homes. By scanning a new Animal Crossing series amiibo card to a New Nintendo 3DS system or NFC reader/writer accessory, players can design a room for that specific character on the card and scan additional cards to invite those characters to visit.

Time will tell if this game stands out on its own or just serves as a “tech demo” for the amiibo cards.