Season Pass Confirmed for The Crew 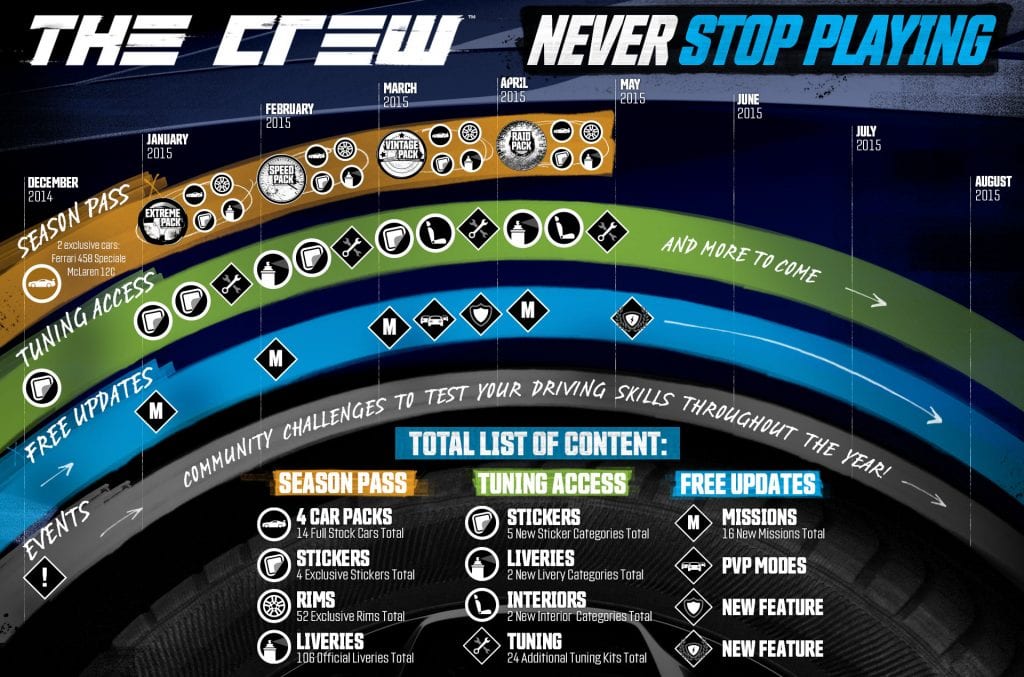 As The Crew is a game from Ubisoft, it should come as no surprise that there are plans to release a plethora of DLC content alongside their free updates, with new content and improvements to be released periodically until approximately August 2015 at the earliest. While free content will include new features, missions and modes, additional paid content will include car packs and customisation packs.

The company have also confirmed their plans to release a season pass containing the first four car packs, priced at $29.99 w/ a one week headstart over standalone purchases priced at $9.99. Alternatively, buying the “Gold Edition” of The Crew will automatically net you the season pass. The pass will be available for purchase starting December 2nd and will automatically unlock two exclusive cars. Related sets will launch on all platforms starting January 2015.