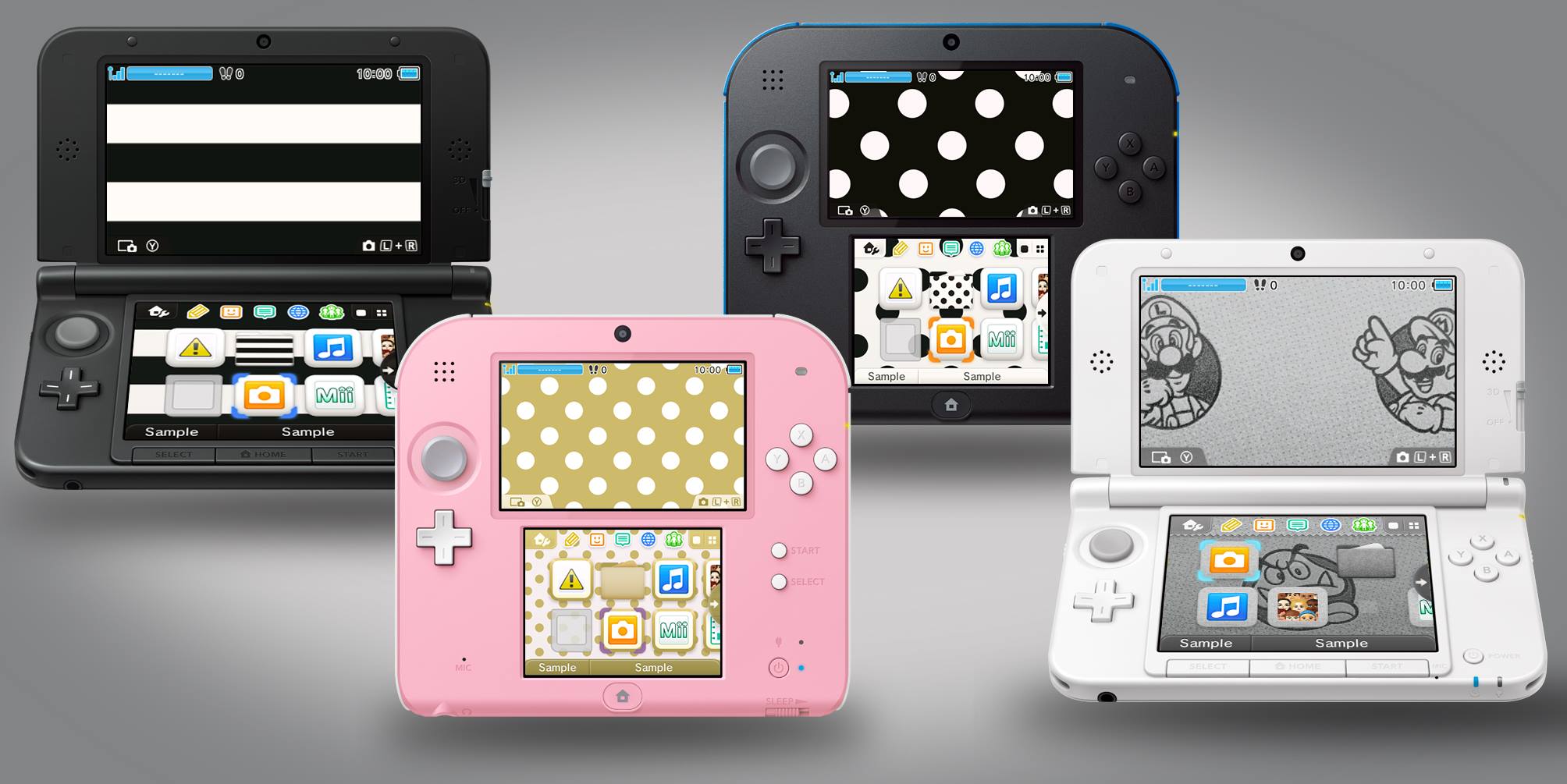 Since first entering the market several years ago, both Nintendo DS and 3DS systems have come with an intuitive, easy-to-use user interface that has allowed gamers to access their games, options and other features without too much struggle. However, both consoles have been plagued by very dull, grey themes that haven’t been changeable… until now.Nintendo have announced that with today’s system update for the Nintendo 2DS and Nintendo 3DS, a brand new theme-shop has been added to the HOME menu. This will grant console owners the opportunity to personalize their systems by changing the menu background, icons, folders, music and sound effects.While the update brings a standard set of five simple colour themes, at a cost of $2.60 AUD / $3.40 NZD, it is possible to purchase flashier themes based on different video game franchises. The selection includes themes featuring the designs of Super Mario Bros. characters, and another one showing the parallel worlds of Hyrule and Lorule from The Legend of Zelda: A Link Between Worlds.New designs will be released over the coming months, with an Animal Crossing one planned for late-October 2014.