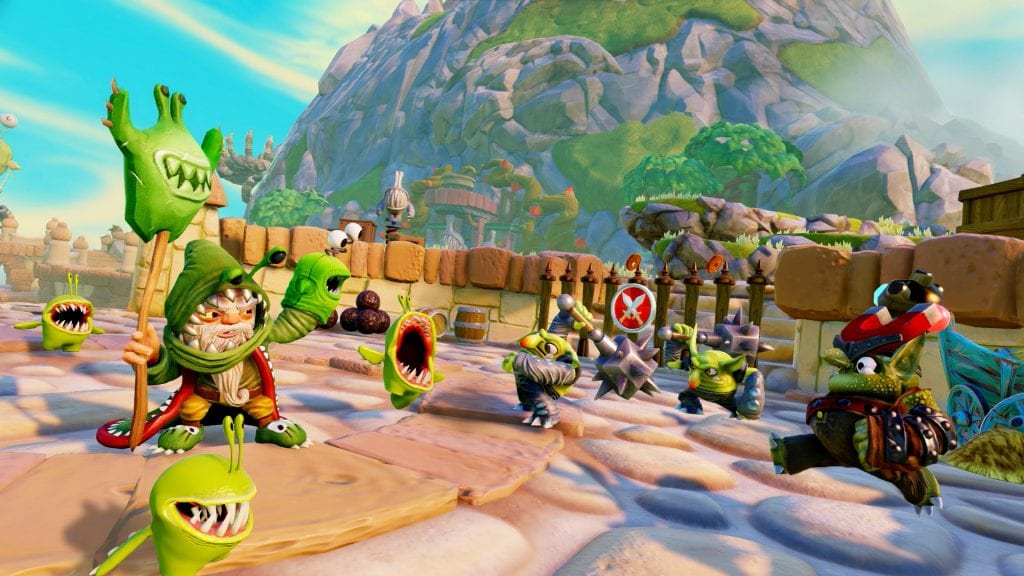 Parents be warned…. if your kids have in the past hounded you for “Skylanders” toys, then brace yourself for a repeat of this in the coming days/weeks. Activision have today announced that the latest installment in their “Toys-to-Life series, Skylanders Trap Team, is now available for purchase on the Xbox360, Xbox One, PlayStation 3, PlayStation 4, Nintendo Wii, Nintendo Wii U and Nintendo 3DS in addition to another release on Android, iOS and Kindle Fire tablets.

Skylanders Trap Team introduces heroes known as Trap Masters that wield powerful Traptanium weapons used to defeat Skylands’ most notorious villains, as well as brand new Core Skylanders characters and reposed fan-favorite Skylanders characters. The game is compatible with more than 175 toys from all previous games, with additional toys to be released now and likely into the future at prices ranging from approximately $7.95 AUD – $19.95 AUD.

The Skylanders franchise was built on a foundation of creativity and innovation and with Skylanders Trap Team, we’re taking that that tradition of innovation to new heights. For the last three years we’ve allowed kids to bring their toys to life in a video game, and this year, we’re letting them reach into the game, and pull characters out into the physical world by letting players trap and play as the villains. Skylanders Trap Team is also the first console game to simultaneously bring the entire AAA experience to tablet devices. Overall, we think Skylanders Trap Team represents our most magical innovations yet. But most importantly, it’s just a great game.

Want to know a bit about the game’s plot?

In Skylanders Trap Team, Kaos continues his ongoing quest to rule over Skylands. He has discovered the location of the legendary Cloudcracker Prison — a fortress built entirely out of the magical substance Traptanium and home to Skylands’ most nefarious villains. In an attempt to build his own army of foes, Kaos blows up the prison, releasing the most wanted villains and blasting shards of Traptanium to Earth in the form of Traps. Now it’s up to Portal Masters to recapture all of the escaped villains using powerful Traptanium Traps and defeat Kaos before it’s too late!