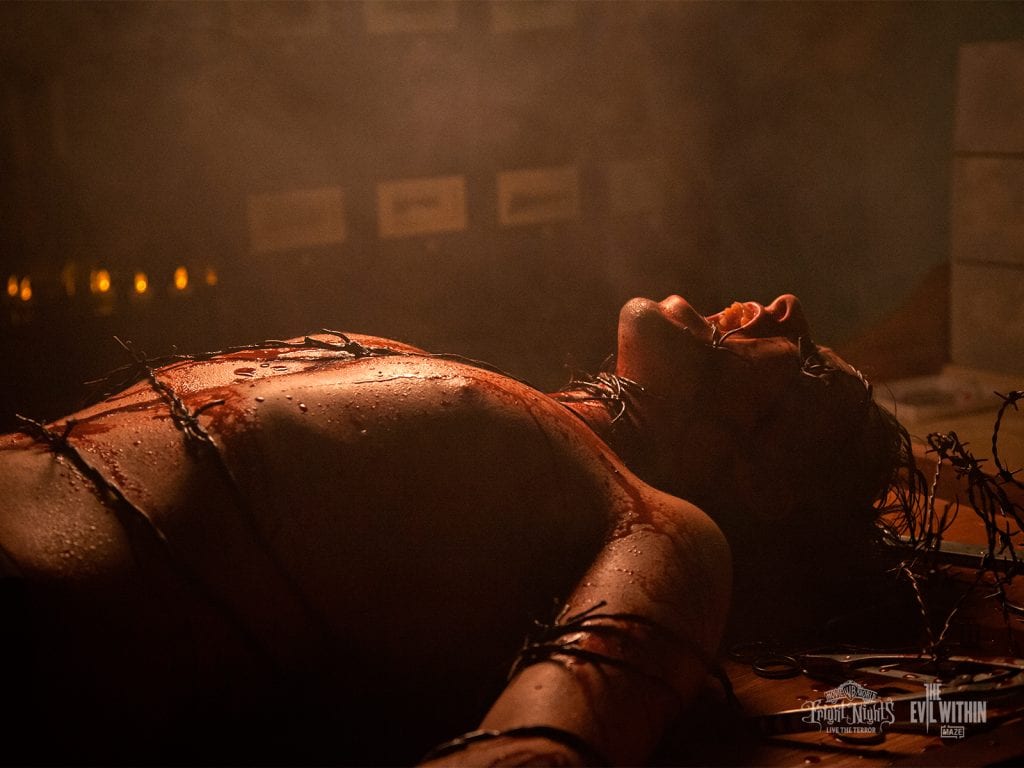 As announced last week, ZeniMax Australia / Bethesda Softworks (ANZ) is collaborating with the team at Warner Bros. Movie World to produce a special The Evil Within maze for the theme parks upcoming ‘Fright Nights’. The companies have shared a first look at their scary creation, with images available at the bottom of this post.

For those who are not familiar with the mazes held during their annual Fright Nights, these are mazes which include real-life actors portraying characters from the upcoming video game, with the sole goal of testing the wit and nerves of anyone brave enough to enter. Having been to a couple of them myself, they are often enjoyable (Especially when you are with people who scare easy), and I eagerly look forward to checking this one out for myself.

The maze will be available at Warner Bros. Movie World on the Gold Coast during all the events in October. Those unable to attend will be glad to know that ZeniMax Australia will be bringing a teaser maze along with them to the EB Games Expo next month.

The Evil Within itself is set to launch on the PlayStation 3, PlayStation 4, Xbox360, Xbox One and PC platforms in Australia and New Zealand from October 16th, 2014.