SEGA recently confirmed that they had a special Hatsune Miku related announcement to make during the Tokyo Game Show, and that announcement is not a new PS3 / PS Vita installment that I was personally expecting, but rather a follow up to the Nintendo 3DS installments that have been released over the past couple of years.

While only confirmed for Asian territories, Hatsune Miku Project Mirai Deluxe will be available from Spring 2015. 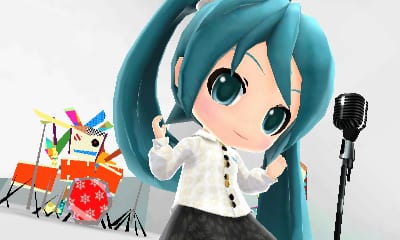