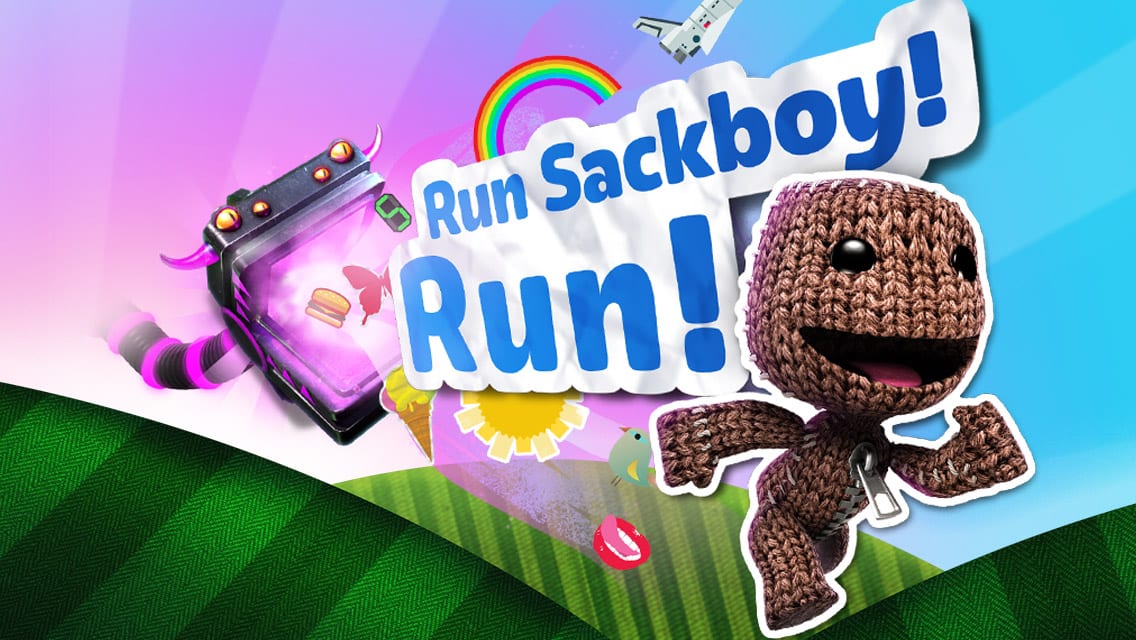 Sony Computer Entertainment have announced that LittleBigPlanet 3 won’t be the only video game starring the adorable SackBoy this year. Sony XDev Europe have been working on a portable mini-adventure titled Run Sackboy! Run!, a free-to-play platform-survival game developed for the PlayStation Vita, iOS and Android mobile devices.

The Negativitron (that big nasty vacuum cleaner who sucks up all the creativity) is back, wreaking havoc on Craftworld and nipping at the heels of PlayStation’s very own Sackboy. Using simple tap and swipe gestures, players speed through three iconic worlds from the LittleBigPlanet series – The Gardens, The Canyons and Avalonia – evading danger for as long possible.

Anyone can enjoy the game, but as Sackboy charges along at top speed, you will need super-quick reactions to keep him on course and out of trouble. Collect as many bubbles as you can as you speed through Craftworld and then use your bubbles to buy special costumes and upgrades. Each of the costumes in the game have built-in score multipliers, meaning you won’t only look snazzy but you can get higher scores too.

While this game doesn’t seem to be directly tied to whatever happens in LittleBigPlanet 3, during his adventure, Sackboy will be able to collect “tons of stickers” which can then unlock special rewards. Some of these rewards will be exclusive costumes for LBP3, which can be obtained when it launches on the PS3 and PS4 later this year.

Run Sackboy! Run! is set for release on the PlayStation Vita, iOS and Android devices from October 2014.