Disney Infinity 2.0: Marvel Super Heroes to Include Yondu and Falcon from Marvel Universe 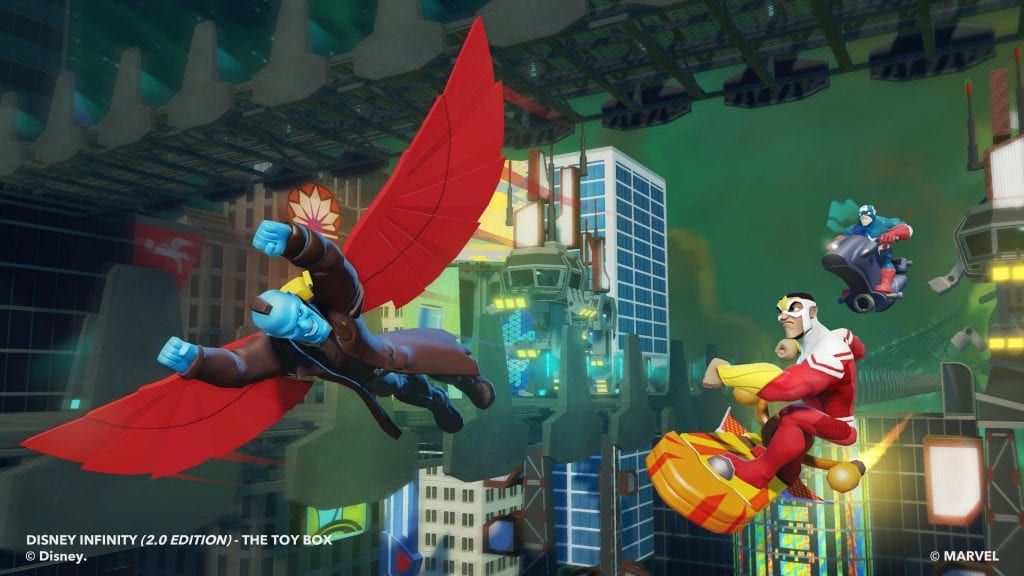 PARENTS BEWARE: If your children have collected all the toys for the Skylanders and Disney Infinity games and you finally thought that the nagging for you to buy them was over… you would be greatly mistaken. Not only is Nintendo going to soon be releasing their new Amiibo figures in the coming months that is sure to grab the attention of many gaming savvy youth, but Disney Interactive will be launching Disney Infinity 2.0: Marvel Super Heroes from September 18th 2014.

With the launch of Disney Infinity 2.0 comes a wide array of new toys, many of which will be available for purchase separately from the main game. While many of the recent toy announcements have involved classic and not-so-classic Disney characters, they have today confirmed that two new characters from the Marvel Universe will be available for purchase at a later date. These include Yondu from ‘Guardians of the Galaxy’ and Captain America’s loyal ally, Falcon.

Further information on both characters can be found below:

Yondu: From deepest space comes Yondu, leader of the outlaw band known as the Ravagers.  Whether he’s trying to outwit the Guardians of the Galaxy or face off against a squadron of Sakaarans, Yondu will do anything to come out on top. With his whistle-powered flying arrow and devastating combat skills, Yondu is truly a force to be reckoned with. He will be playable in both the Marvel’s Guardians of the Galaxy Play Set and 2.0 Toy Box. Yondu will also be making an appearance in the Marvel Team-Up: Yondu Power Disc. When players place the Power Disc on the Disney Infinity base, they can fight alongside the powerful, arrow-shooting ally, and send enemies running for their lives.

Both will be available in stores at an unspecified date in early-2015.