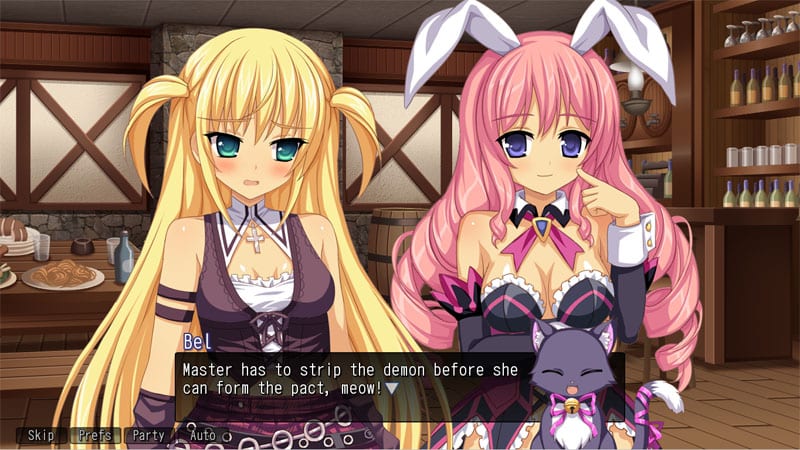 MangaGamer have today announced that they will be doing a hard copy release of Demon Master Chris to complement their earlier digital release. Copies can now be purchased for just $16.95, and will begin being shipped out on September 1st, 2014. Check out the MangaGamer Online Store for more info.

Developed by Nyaatrap, Demon Master Chris is not a visual novel per se, but more of a 3D Dungeon-Crawling RPG with visual novel and eroge contents associated with it. The game follows Chris, a conjurer who’s gotten lost in the demon realm. You follow her as she fights demons, strips them down, and turns them into her companions while trying to avoid lesbian rape and escape the dungeons.

But the conjurer Chris doesn’t fight with her own power alone. She wears different outfits imbued with mana, changing the powers available to her, and she’s able to form contracts with the demons she encounters, allowing them to fight alongside her as minions. Most of the H-scenes are forced events that occur regardless of battle results, so following a typical “good end” route will still see Chris get teased by fingers, vibes, tentacles, and other sorts of things.