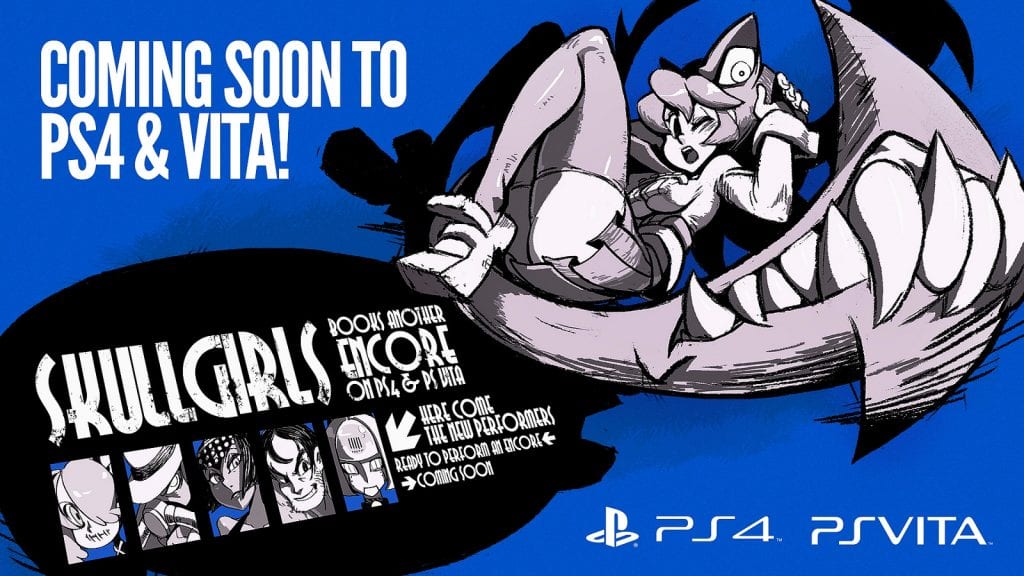 The team at Lab Zero Games have announced that they will be bringing Skullgirls Encore to the PlayStation 4 and PlayStation Vita later on this year, the first time that either platform have received a Skullgirls release despite its popularity.

The game on both consoles will be a “Complete Edition”, featuring all DLC characters, stages and stories funded by Lab Zero’s Indiegogo campaign, in addition to “All Play” multiplayer lobbies and an extensive art gallery. Those who purchase on the PlayStation Vita will even be able to take advantage of PlayStation TV support – allowing up to two local players to battle each other using DualShock 3 or 4 controllers.