Who Said All Character Profiles for Conception II: Children of the Seven Stars Had to Be About Female Characters? Introducing Chlotz! 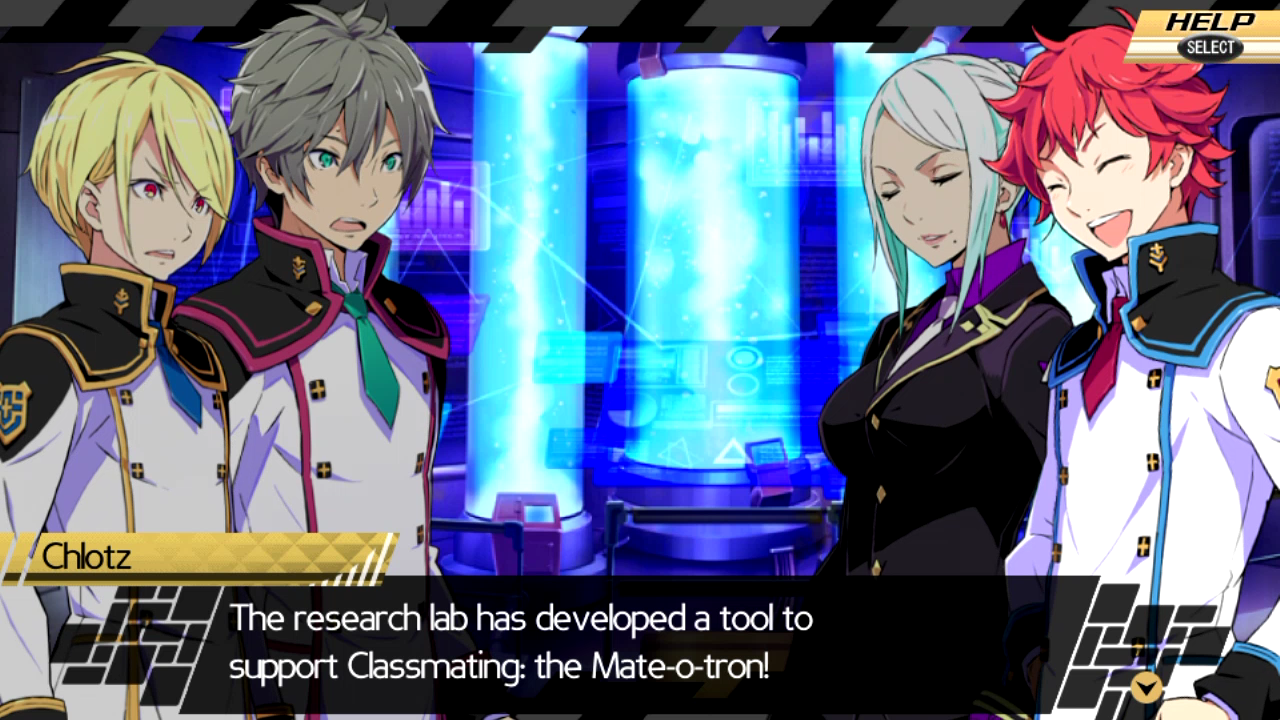 Over the last few weeks when promoting their localized release of Spike Chunsoft’s Conception II: Children of the Seven Stars, ATLUS USA have primarily focused on the female characters who have a bit more of an active role in the game. However, today they have released a character profile for the main characters best friend, Chlotz, the brother of one of the heroines whom will have an active role in the storyline.

The profile for Chlotz provided by ATLUS USA is available below: 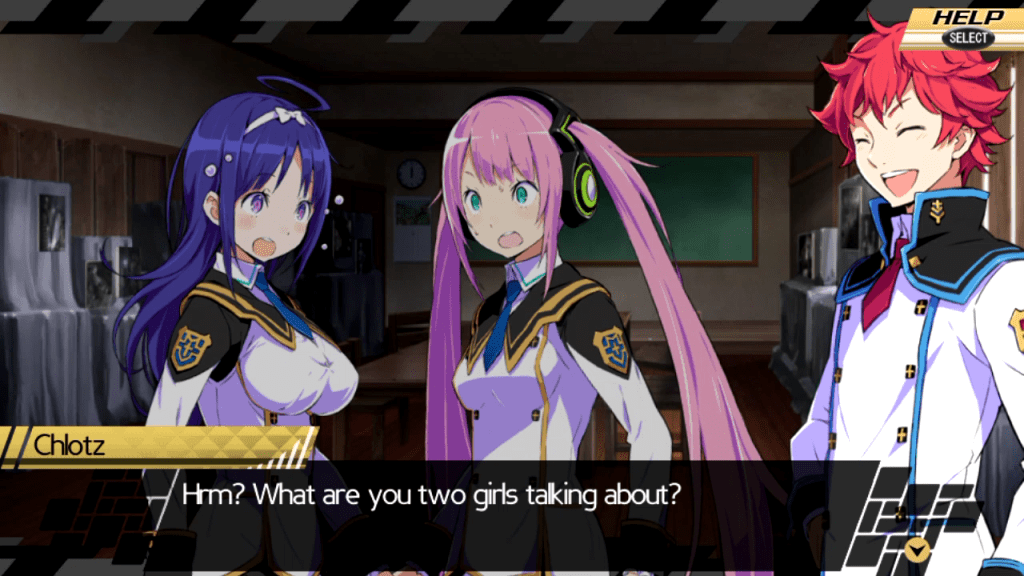 It’s the first day of school, and despite being told that you’re a possible savior of mankind, it’s still nice to have a buddy in your corner who’s always got your back. In Conception II, the blunt but well-meaning Chlotz takes on that role. He admittedly is a bit of a doofus and a perpetual third wheel to God’s Gift when it comes to interacting with heroines, but he’s also a technical wizard and is constantly training to be a better Disciple. Like Ruby, the lead researcher, often notes: “For being an idiot, he’s pretty smart.” 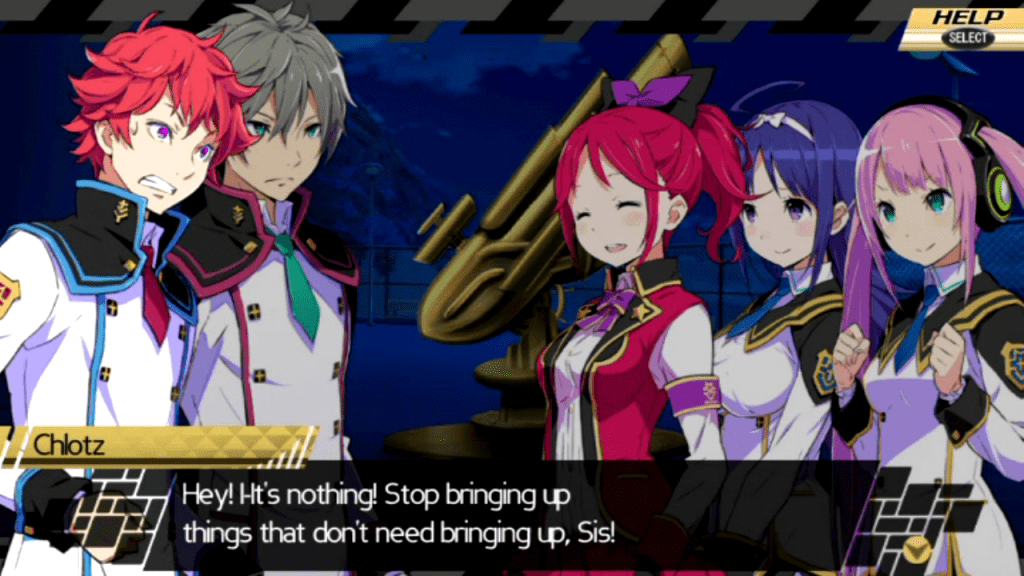 Chlotz also deals with constantly being compared to his sister, Chloe. Not only is she one of the strongest of the heroines that God’s Gift can bring into battle, she’s also the smartest. Chlotz’s sister has numerous published works and is so smart she’s actually been promoted to teacher at the Aterra Academy. But despite living in the shadows of her accomplishments, he has plenty of his own talents and their bond as brother and sister can never be broken. 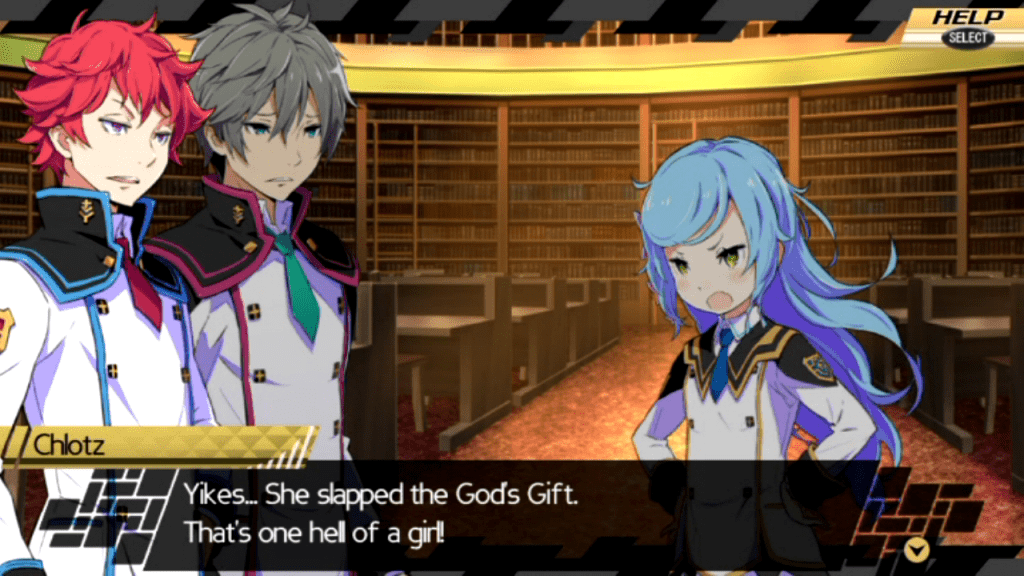 A steadfast companion from the very beginning, Chlotz is always willing to sacrifice anything to help his friends, or slap some common sense into people. Even if he’s horribly outmatched with no chance of winning, he’s always there to step in if it means he can help save a life. The same can be said for when he’s outmatched by some of the S-Rank girls. Even if he can’t win over the affections of one on his own, he’s always ready to hand out relationship insight to God’s Gift. Most of it is usually good, too! 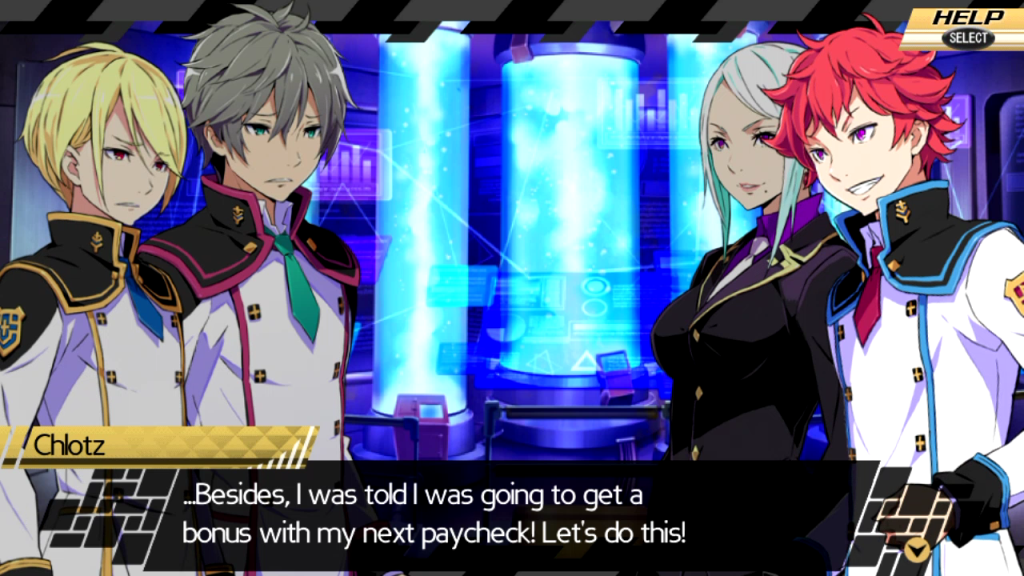 So in a nutshell, the stranger you meet on the way to your first day of school rapidly becomes your best friend, and despite his general doofusness, lack of tact, and clownism, he winds up being one of the strongest supporting characters in all of Conception II. …Sound familiar?