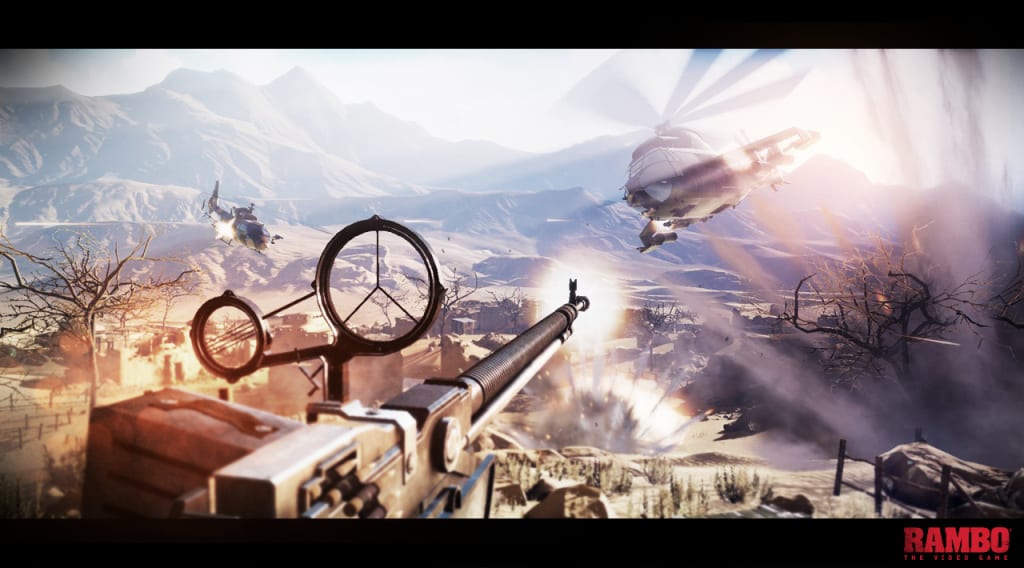 UK-based video game publisher Reef Entertainment in collaboration with their partners at Teyon have announced that Rambo: The Video Game will finally be available across Europe and possibly other PAL regions on the 21st February 2014, with a North American release to follow later in Q1 2014.

Rambo: The Video Game is set for release on the PC, PlayStation 3 and Xbox 360 video game consoles, and follows an action-packed storyline based on the story-arcs present in First Blood, Rambo: First Blood Part II and Rambo III. The similarities will be there, as rather than simply use voice acting they have acquired rights to the original movie voice-tracks of John Rambo and Col.

We are delighted to announce the final EU release date for RAMBO THE VIDEO GAME and although the main game is now complete our journey with Rambo continues as we will soon start development on the game’s first DLC expansion pack with our partners at Teyon.