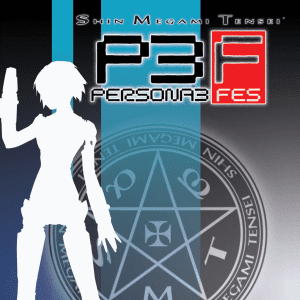 For almost every ATLUS USA title to hit PAL region store shelves, most times fans would have to wait for a publisher in their region to pick up the rights…. and particularly in Australia and New Zealand this could translate to a LONG wait. However soon after announcing their plans to distribute Conception II throughout Europe and other PAL regions, the publisher has also announced the release of Persona 3 FES via the PlayStation Store across covered countries.

At a listed price of €9.99/£7.99 or equivalent, Persona 3 FES is a PlayStation 2 Classic release of what could be considered the definitive edition of the popular JRPG.  Be forewarned that while featuring the FES chapter which serves as a conclusion to that particular instalment in the franchise, features unique to Persona 3 Portable such as the Female Main Character and the ability to control your party members won’t be.

Persona 3 FES is an RPG that has players balancing normal student life while taking part in the most dangerous after-school extracurricular activity: exploring the mysterious Tartarus, a tower that appears only within a mystical “Dark Hour” taking place between the seconds of 12:00:00 and 12:00:01 AM. As the newest member of S.E.E.S., it’s up to you and your school chums to protect the world from the Shadows that lurk within the labyrinth.