With TERA Online having gone from a P2P to F2P scheme, the company has over the past few months been releasing a greater number of Valkyon Outfitters (Cash Shop) costumes for players to enjoy and support the game, featuring styles such as a maid outfit, school uniforms, two lots of swimsuits and more. It seems like the community is taking advantage of these new pieces of attire as En Masse Entertainment and Bluehole Studio alike continue to release them.

But for something that seems more like a change of pace from their usual costume releases, they have recently confirmed that “Legitimate Business Suits” are the latest designs to hit the online store. This will see both dark and while suits as well as dapper hats roll out for all races and genders.

You can buy Black Suits directly from the cash shop, however for those who are lucky you may be able to acquire a white version through a loot box. Unlike the black outfit, these can be dyeable to whatever colour you want to imagine your characters business represents.

A number of accessories are also up for grabs including the new (unusable) back-slot gun known as the “organ grinder – fedoras of the black, white, brown, and gray variety, plus brow glasses in tortoise-shell, black, brown, or pink with a touch of bling. For those players who play the class joker, there’s even a clown mask! 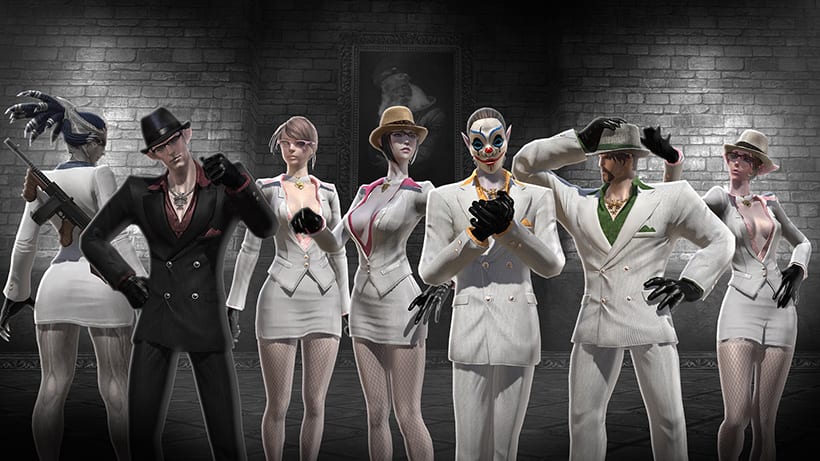