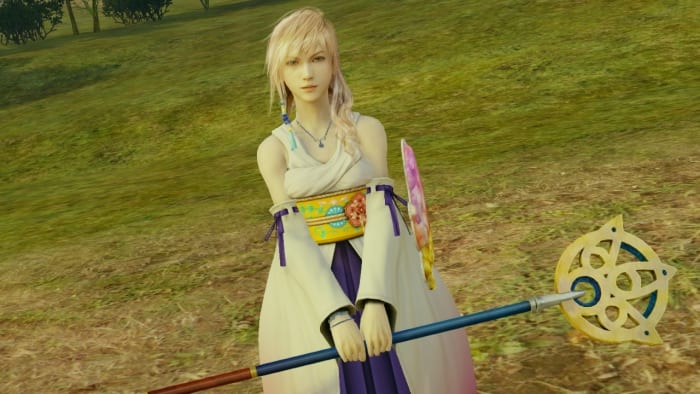 Last week, Square Enix announced that the Spira’s Summoner garb for Lightning Returns: Final Fantasy XIII would initially be available to those pre-ordering the game through Amazon.com within North America. Australian publisher Namco Bandai Games Australia have announced other plans however, confirming that anyone purchasing their first print run of Final Fantasy X / X-2 HD Remaster on the PlayStation 3 will receive the set.

This DLC comprises of a unique gear set for Lightning to wear on her adventure in Lightning Returns: Final Fantasy XIII – the final installment in the FFXIII trilogy. The Spira’s Summoner costume is gear based on the outfit worn by Yuna from the original Final Fantasy X game. This set will also come with a staff, shield and character victory pose.

A download token will be included within the PlayStation 3 set when it launches throughout Australia and New Zealand on the 20th March 2014.