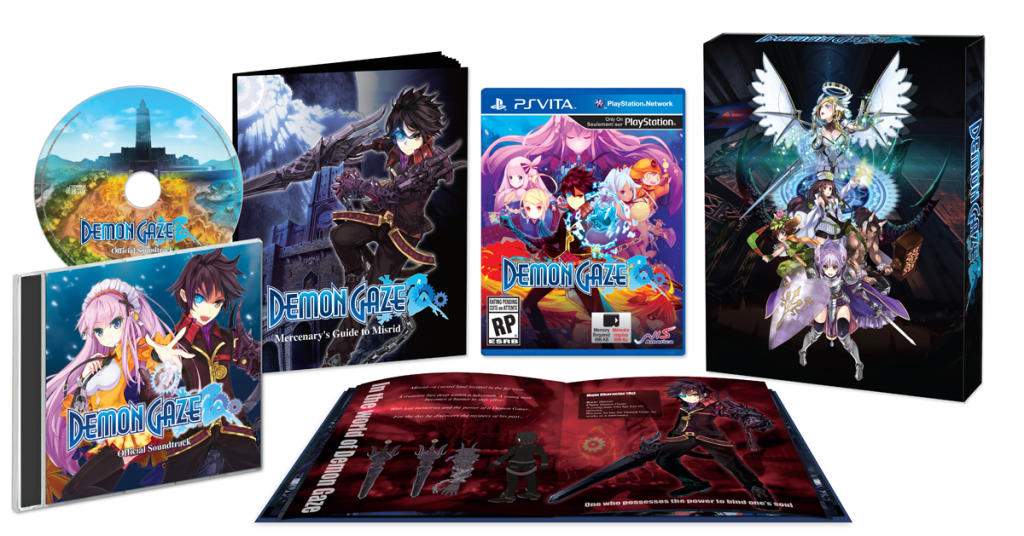 As with almost all of their video game / anime releases, Nippon Ichi Software America have put together something a little bit extra for those who decide to pre-order Demon Gaze and are willing spend an extra $10 extra on their purchase. Priced at $49.99 (Standard Edition: $39.99), the newly announced Limited Edition set for the game will include the full game on the PlayStation Vita, a softcover artbook, a single disc original soundtrack and a Collector’s Box to store everything in.

Pre-orders for this set are now available via their official website, and will be sent out when the game launches on the 22nd April 2014. For more information on the game check out my earlier post “NIS America Confirm Demon Gaze Release Date, Share First English Screenshots“.