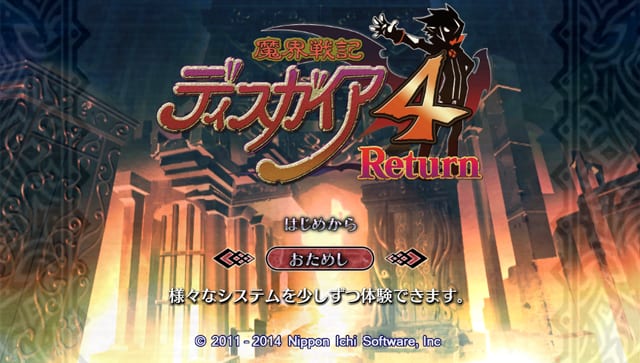 While it isn’t something you would usually expect from the company, video game developer and publisher Nippon Ichi Software have released a trial edition of Disaea 4 Returns on the Japanese PlayStation Store for anyone to download and try out on the PlayStation Vita. This will feature the first couple of stages in the game which make up Episode 1, and save data can be carried across to the full release.

Disgaea 4 Return is an enhanced PlayStation Vita port of the 2011 PlayStation 3 title, and will feature a number of enhancements including a new spell tier, story chapters and all original DLC characters and other content provided in-game.